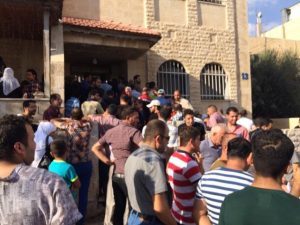 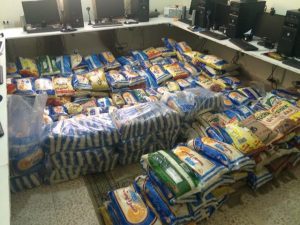 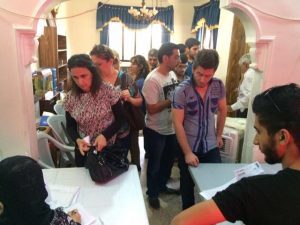 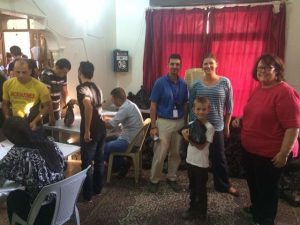 In our own version of the ALS Association’s ice bucket challenge, CRP has partnered with the American Community School of Amman (ACS) to put on a rice bucket challenge. So rather than making people cold, this challenge will make people full!

All through September, American Community School families and staff collected bags of rice to donate to CRP. They hit a whopping total of 730 bags which were distributed this past Wednesday. Teachers from ACS came out to CRP to give rice to 608 families, which included 2,241 people of different nationalities and religions. There was a huge line outside CRP’s door and the street was so crowded cars could not even pass by!

Ghazwan, CRP’s Programs Director, says it was CRP’s largest one-time distribution ever. “We were distributing all day,” Ghazwan said. “It was exhausting, but it makes you happy that you are helping people. The idea came from the ice bucket challenge. The challenge was different, but it had the same idea–to support the people.”

There are still more bags of rice to be distributed over the course of Eid al Adha week. This Saturday–the first day of Eid–CRP will distribute lamb and rice to 70 families, and then to 17 more households on the second day. The second round of families, with 53 children in total, will be taken on a trip to the Royal Bird Park after receiving the food. CRP also has plans to give additional food vouchers to a third group of families. We are thrilled with the large numbers of people we have been able to reach through this partnership and could not be more grateful to the American Community School and the many families, staff and students who have helped make the Eid holiday brighter for so many!