When you see a picture of 29-year-old former army-officer-in-training Rob Hamilton, arms crossed with feet planted firmly on his one-man rowing boat the Atlantic Titan, staring unflinchingly down the camera barrel with the ocean stretching out behind him, it’s easy to forget how dangerous the task he’s undertaking is. He looks competent and unafraid

But make no mistake, rowing the Atlantic Ocean, a task Rob began in December 2020 and is currently in the gruelling midst of, is no picnic. His website boasts a section discussing the perils of ocean rowing that reads like a shopping list from Hades: sleep deprivation, salt sores, dehydration, 30ft waves, and sharks(!) are just a few of the perils Rob is likely to face on his 3000-mile journey, which begins in the Canary Islands and ends at Antigua & Barbuda.

The notoriously difficult ocean crossing is so severe that more people have climbed Mt. Everest than have attempted it. Yet every year, a handful of humanity’s most extreme grab a bag, hop in a specialised ocean craft and set off. For most, the impetus behind the crossing likely rings true to George Mallory’s infamous statement about his reasons for scaling Everest, ‘because it’s there’. But beyond the call of adventure and human curiosity, Rob is braving the elements for another reason.

Through his journey, Rob aims to bring attention and support to two charities dear to him, one of which is our Amman-based NGO Collateral Repair Project (CRP) 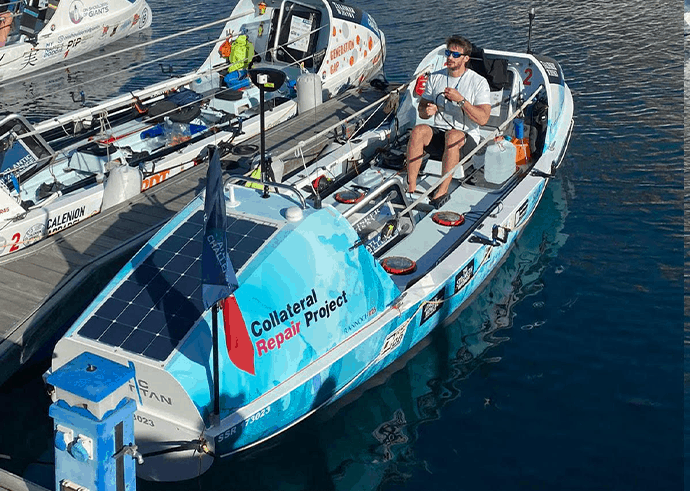 Here at CRP, we run two community support centres and material livelihood provisional networks that foster resilience and community among the growing refugee population of Amman, a city that domiciles a huge number of displaced persons from Syria, Iraq, Sudan, and Yemen among others.

Rob, a former volunteer with CRP, has witnessed first-hand the value of holistic support in the lives of refugees in a world increasingly struggling with forced migration. As those who have worked with displaced communities well know, most refugees aren’t rehoused in the west, as Anglo-centric conceptions might have it, but re-locate to border nations. Hence, the value of creating safe, collaborative, and enriching communities in these catchments areas for the ecologically or politically displaced is essential. It’s this goal that CRP works towards, providing educational and livelihood programs and trauma relief to refugees in Amman along with basic-needs assistance.

Though there might seem to be a dissonance between Rob’s voyage and the plight of refugees, the narrative of the Atlantic Titan and the journey of many refugees in fact resemble each other. Jumping in a boat making dangerous journeys in hazardous conditions is for Rob a choice, but for many displaced persons, an unavoidable reality. And, whilst the Atlantic Titan will almost certainly reach its destination, for fleeing individuals there is no such guarantee. 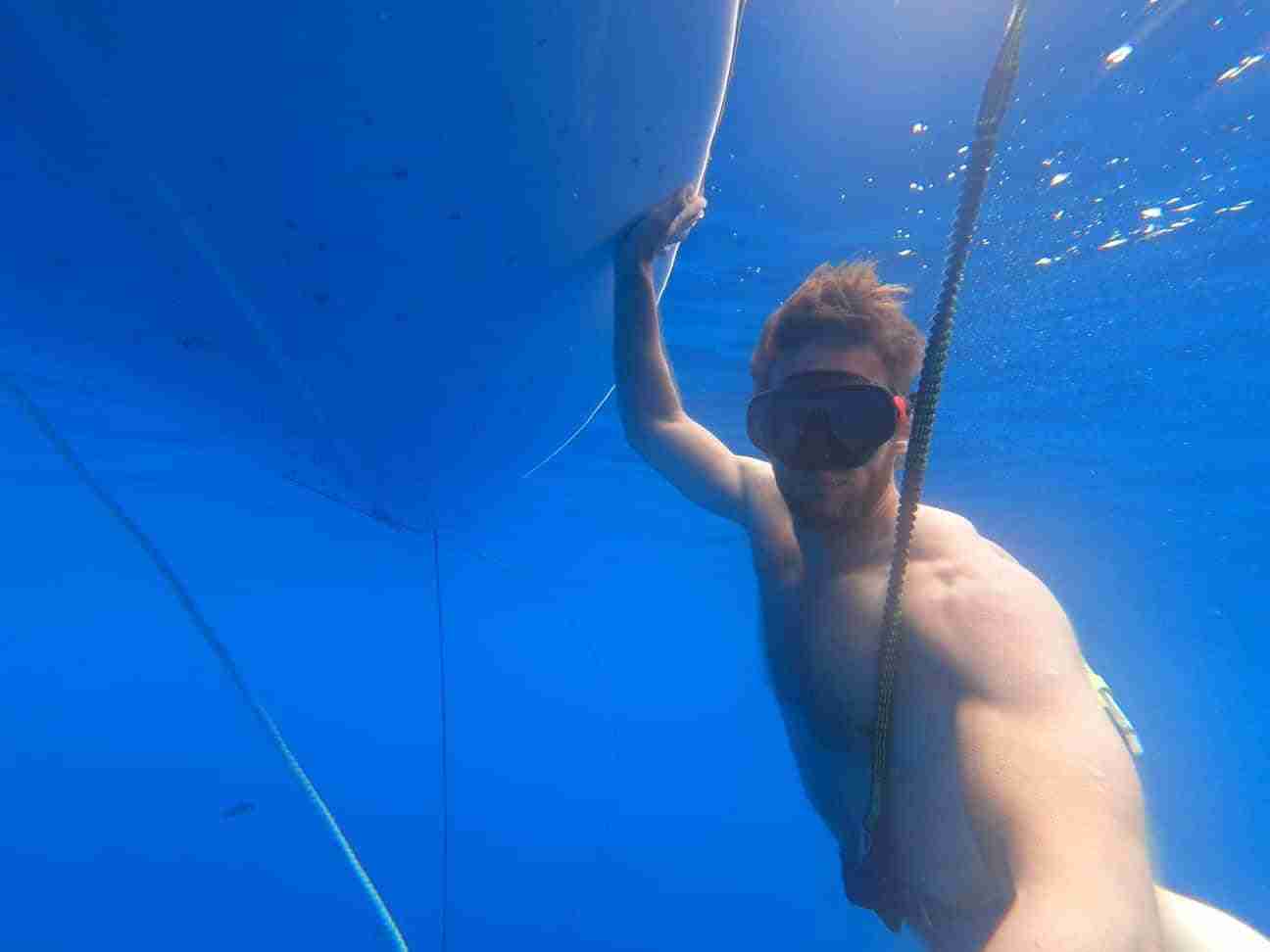 It’s this reality Rob faced during his time at CRP, and for this reason, he’s chosen to use his incredible determination and monumental physical strength to spotlight our mission in Jordan.

Rob is halfway through his war of attrition with the sea, having crossed the 1500-mile mark last week. As his triumphant arrival at Antigua & Barbuda draws closer, the depth of his human resolve, tenacity, and empathy is on full display. We couldn’t be prouder of this member of the CRP family.

Here is a link to Rob’s website, and to his donation page where you can support CRP or his other partner charity, Invictus Games Foundation.