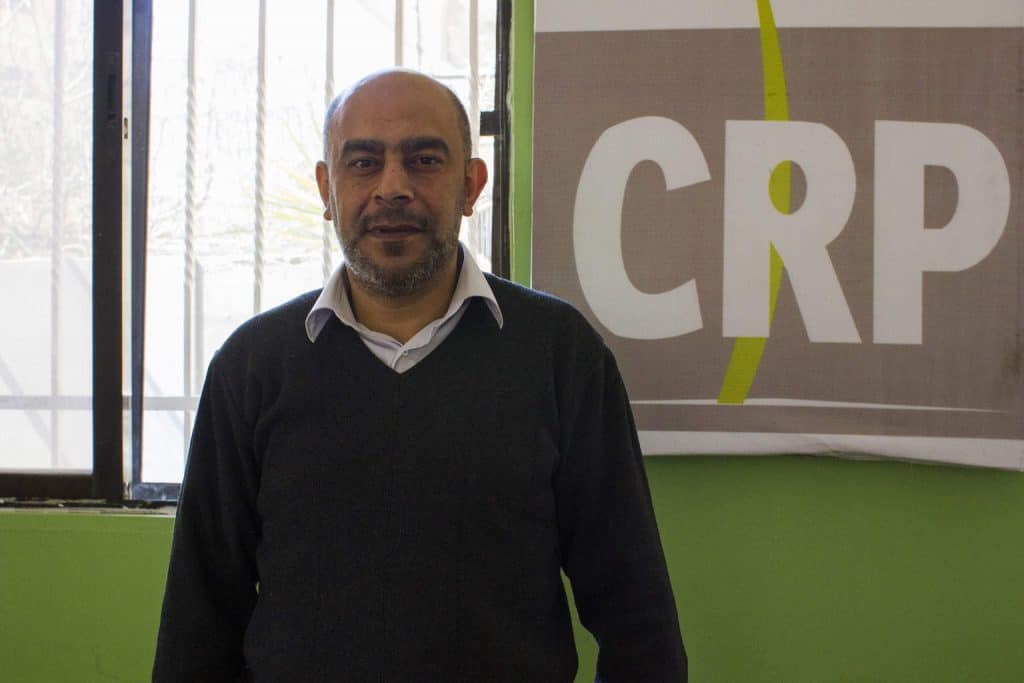 As part of our Be a Hero Campaign, we’re featuring the stories of the everyday heroes in CRP’s community, people who impress us daily with their perseverance, their compassion, and their commitment to their communities. Emad is one such hero, who searches every day for ways to challenge himself and strengthen community bonds.

Emad is a refugee from Syria. “The conditions in Syria that made me leave are known to all,” he says. Prior to leaving the country, Emad was in the final stages of his doctorate in the philosophy of civilization at a university in Homs. His dissertation was written; he just needed to defend it. Before his defense, the head of the department scheduled meetings with all of the students in the program. Emad learned that the department head was asking all of the students their opinions about the regime, and that students who expressed opposition to Bashar al-Assad’s government were being denied their doctorates. Emad refused to attend his meeting.

“The conditions in Syria that made me leave are known to all.” 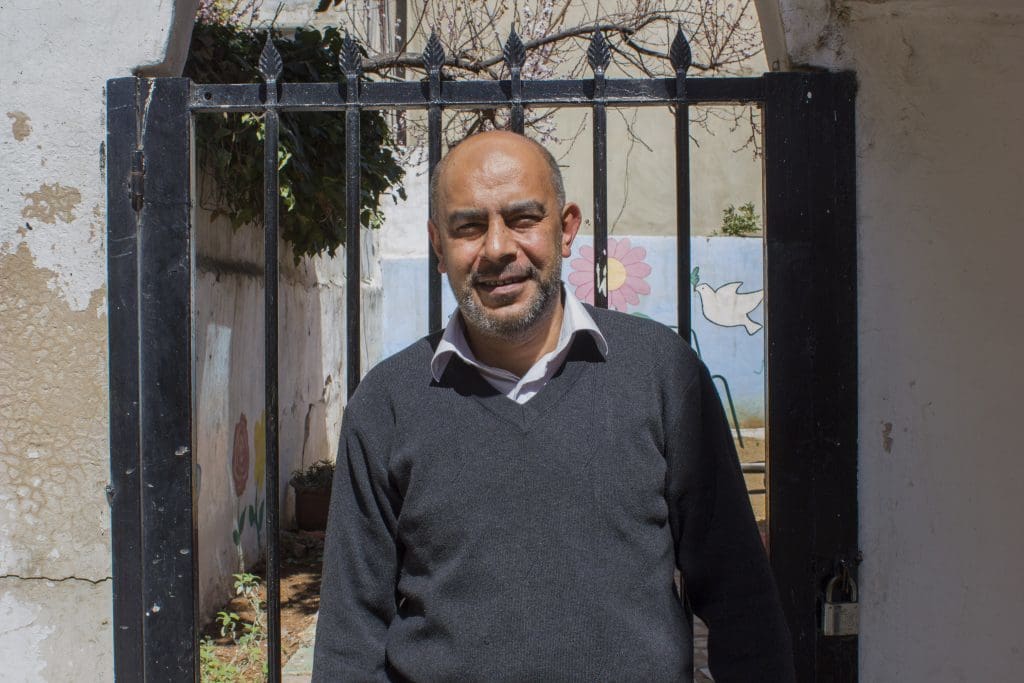 When he brought his family to safety in Amman, Emad hoped to be able to finish his degree. “The desire was still there, it had not ended,” he says. However, he faced a number of significant barriers. His work and records were left behind in Syria. He would need to write a new dissertation, which meant he needed to have access to academic resources. He found universities in Jordan willing to support his work 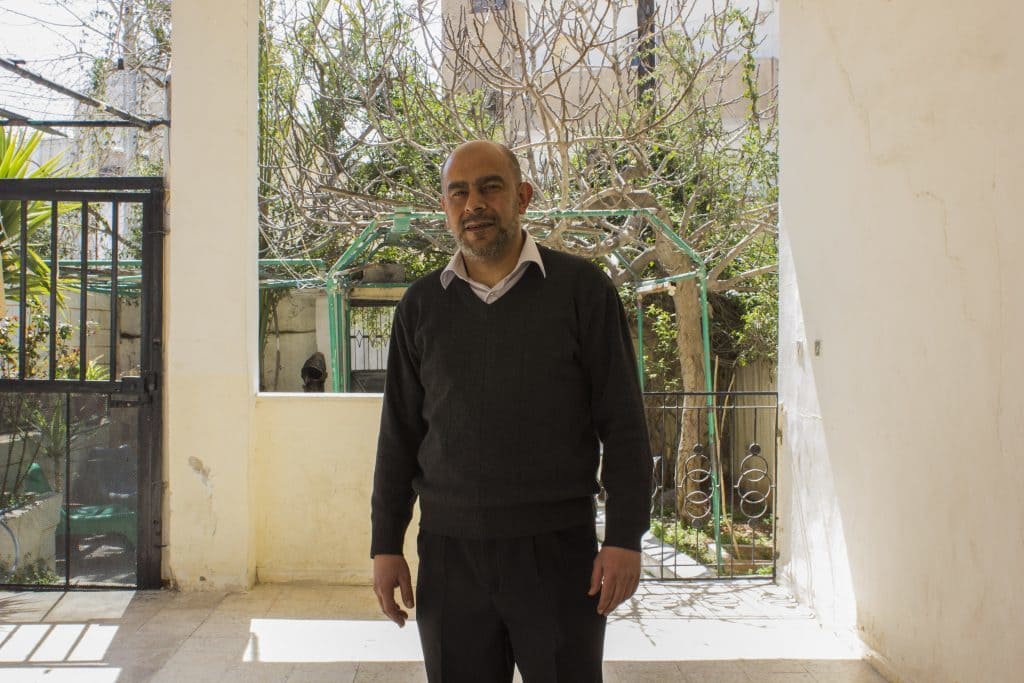 — but for a fee. Like many refugees, unable to obtain legal work and with limited access to aid, Emad was struggling to meet his family’s daily needs. Finally, he connected with a distance learning program through an accredited American university that was willing to support his work, and after completing his dissertation, Emad received his doctorate.

In addition to being a committed student, Emad is a prolific writer. He believes that practice and hard work are essential elements of writing; the first book he wrote, he says as an example, took seven years to write, while the second book he wrote only took a year. He has one book published in Syria, while he has published several others electronically. He speaks of his passion for learning and for his field, saying, “A person who studies philosophy reaches a higher level. Some people think this is just talk, but it’s not.” Curiosity and passion, he says, are essential elements of studying philosophy.

“In a training program, there’s a give and take.”

At CRP, Emad has taken English classes and computer classes, and after participating in our gender-based violence training program, he became a trainer himself. “This program,” 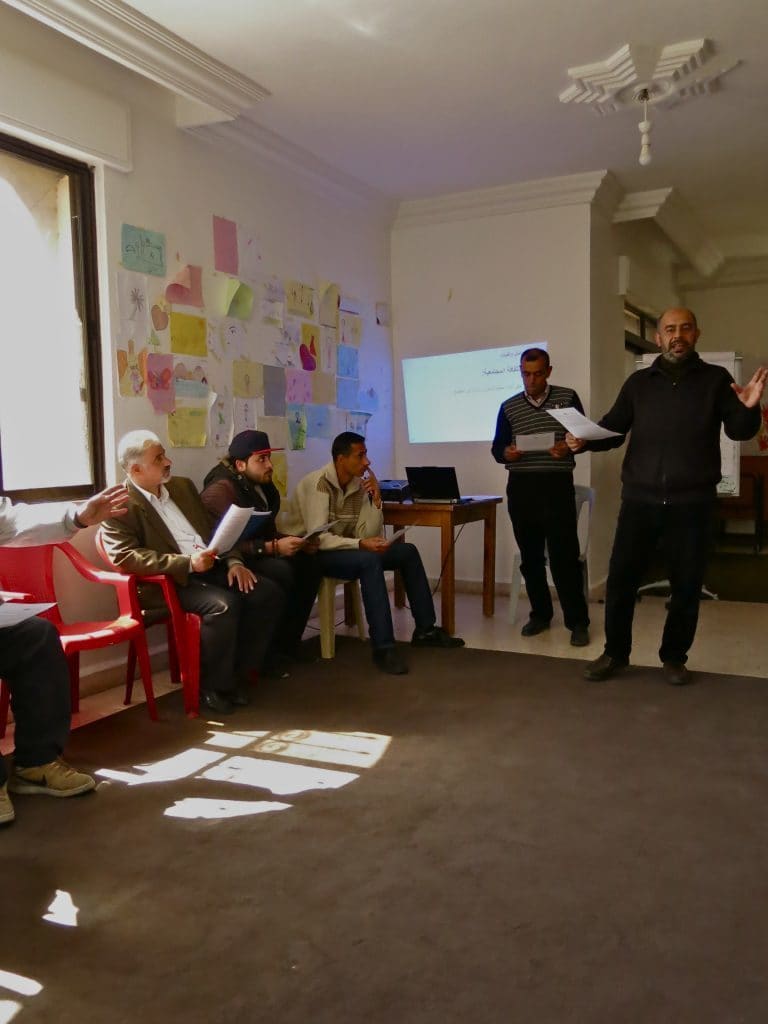 he says of the GBV program, “to be honest, is something we were in need of.” Emad enjoys being a trainer, in part because he feels he is constantly learning from the other program participants. “In a training program, there’s a give and take.” He feels that the program has improved the way he interacts with women and provided him a degree of insight into women’s experiences that he previously did not have.