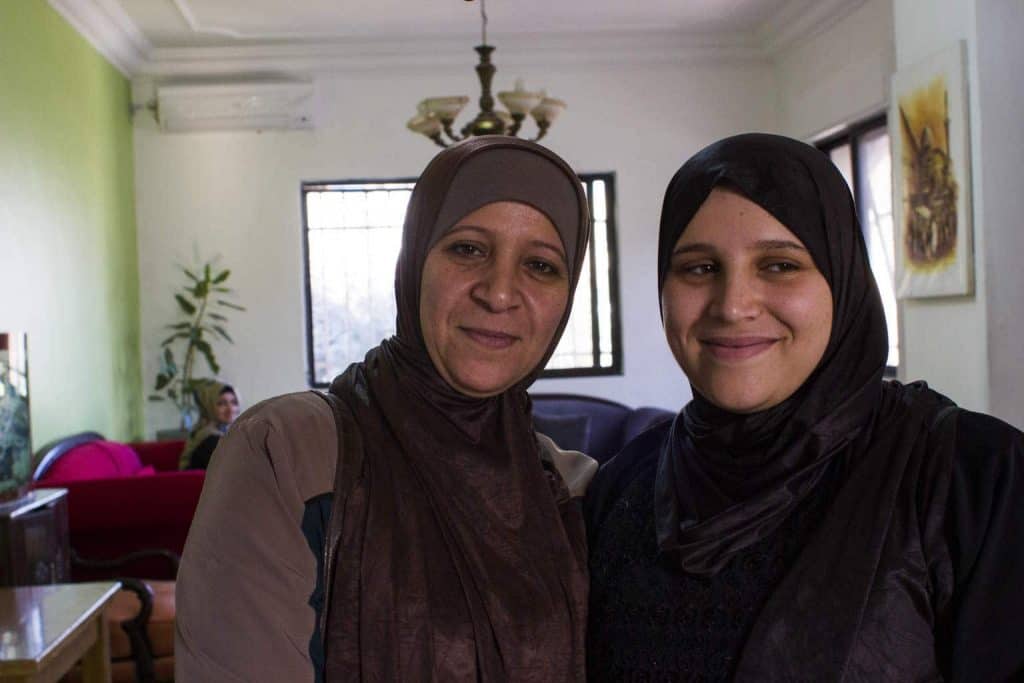 As part of our Be a Hero Campaign, we’re featuring the stories of the everyday heroes in CRP’s community. Hala and Hind are a mother-daughter pair, who impress us everyday with their commitment to each other and their families and their desire to engage with others around them.

In Syria, the family felt strongly the uncertainty, fear, and lack of stability in the country. They observed sectarian tensions and arbitrary detentions. Hala’s husband was imprisoned for two months. Hala herself was imprisoned for three days. After both had been released, the family fled to Jordan. “After that, we traveled immediately. We didn’t stay in the country,” Hala says. They packed nothing, bringing with them only the clothes they were wearing. “Does one hope to leave their homeland? Of course not,” Hala says.

As refugees, they face numerous difficulties and barriers in Jordan. “My son, who is 15 years old, left school to work so we can live,” Hala says.

The cost of living in Jordan is high. “Syria 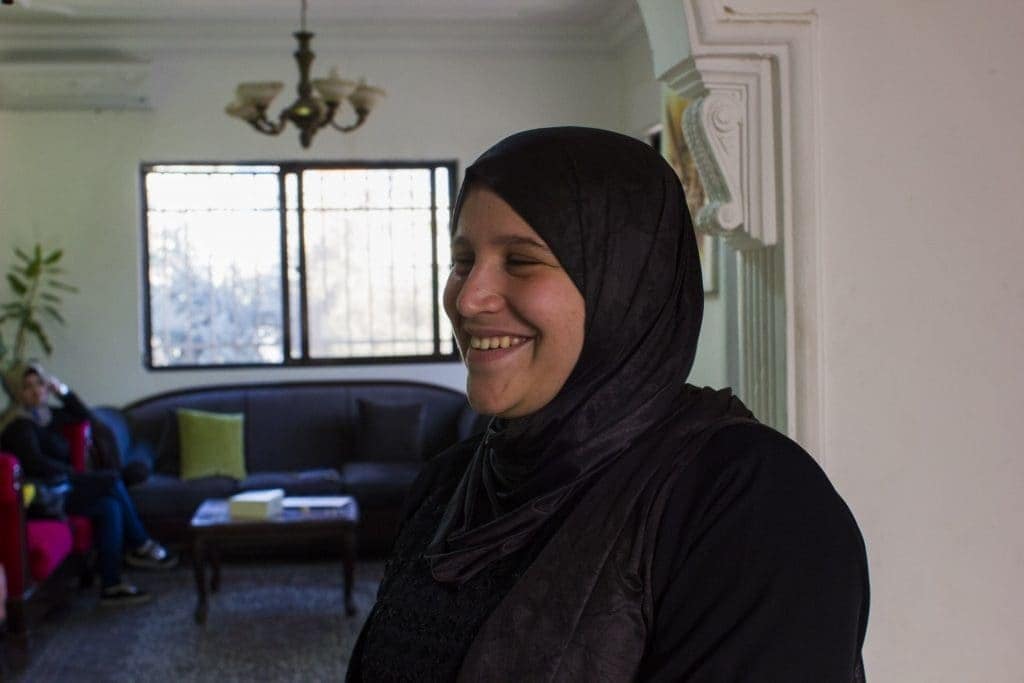 was cheaper,” Hind says. “But the government there…” Hind’s children are still young, but she worries about their futures. “I want my children to learn English. Here, the schools are very weak in English,” Hind says. She cannot afford extra classes for the children, and a lack of childcare options limits her own abilities to fully participate in some of the activities at CRP.

Hala and Hind are also familiar with homesickness, a longing for the country they cannot safely return to. They remember weekly trips to parks and beaches. Both women love to swim; it’s their favorite form of exercise. At CRP, they participate in aerobics and yoga classes, but wish for a swimming pool. The pools in Amman are too expensive for them. They only know a few other Syrian families, with whom they can talk about what they left behind and their shared cultural context. 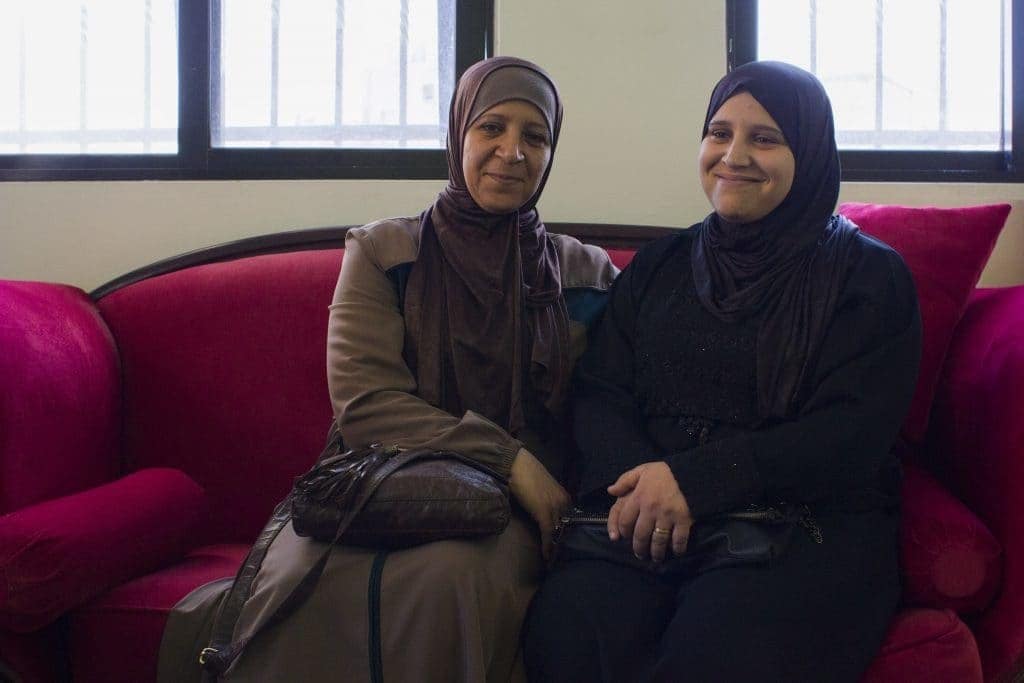 It was Hala’s youngest daughter, a high school student at the time, who first connected with CRP and who introduced its programming to the rest of her family. She now lives in Austria, where she is married and has two children. Hind is married as well; she married her husband, who is Palestinian, in 2005, and has three children. Hala and Hind come, separately and together, to a number of activities at CRP, Hind’s youngest daughter sometimes tagging along. They’ve taken English and computer classes, participated in arts workshops and the Women’s Empowerment program and are active members of the Hope Workshop, CRP’s women’s craft collective.

“Does one hope to leave their homeland? Of course not.”

“People asked me, why learn computers?” Hala says. “But I benefit from it. I love to learn.”

The desire to learn new skills, to meet new people, to engage with the community is a large component of their love for the Hope Workshop. “I wish it were more than once a week!” Hind says. “If you enjoy something, you can learn it quickly.” As members of the Hope Workshop, they have developed their embroidery and sewing skills and learned how to knit. The cooperative element of Hope Workshop is important to them; each member is both teacher and student, as the women help each other learn and practice new skills. “We help each other,” Hind says.

Hala and Hind have not let their experiences of 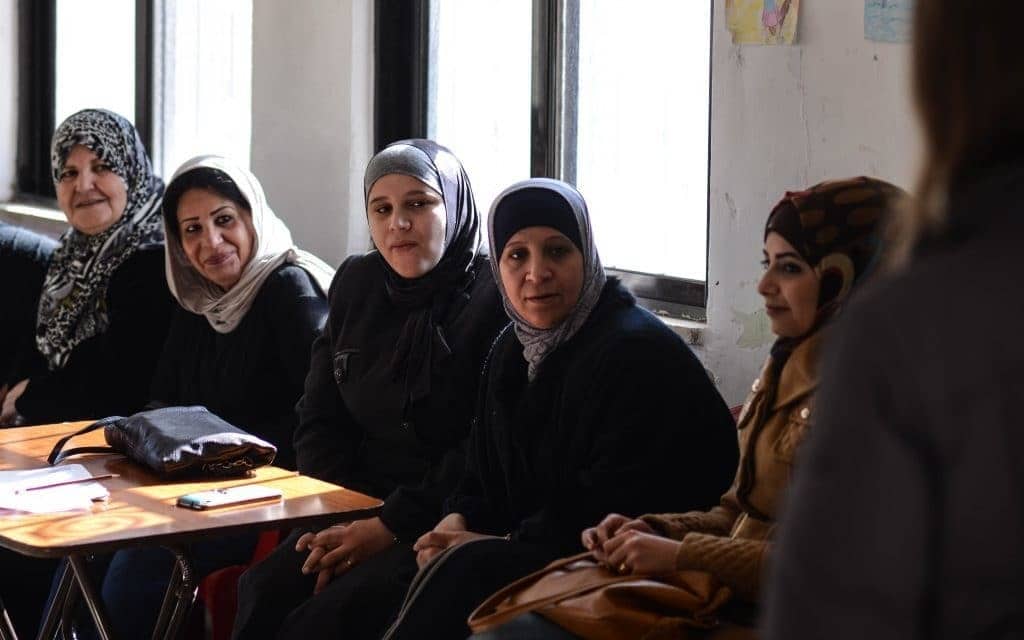 loss or of cultural isolation prevent them from putting themselves out there, engaging with others of different backgrounds than themselves, supporting those that they meet, and learning new skills. They strive for the betterment of themselves, their families, and the larger CRP community.