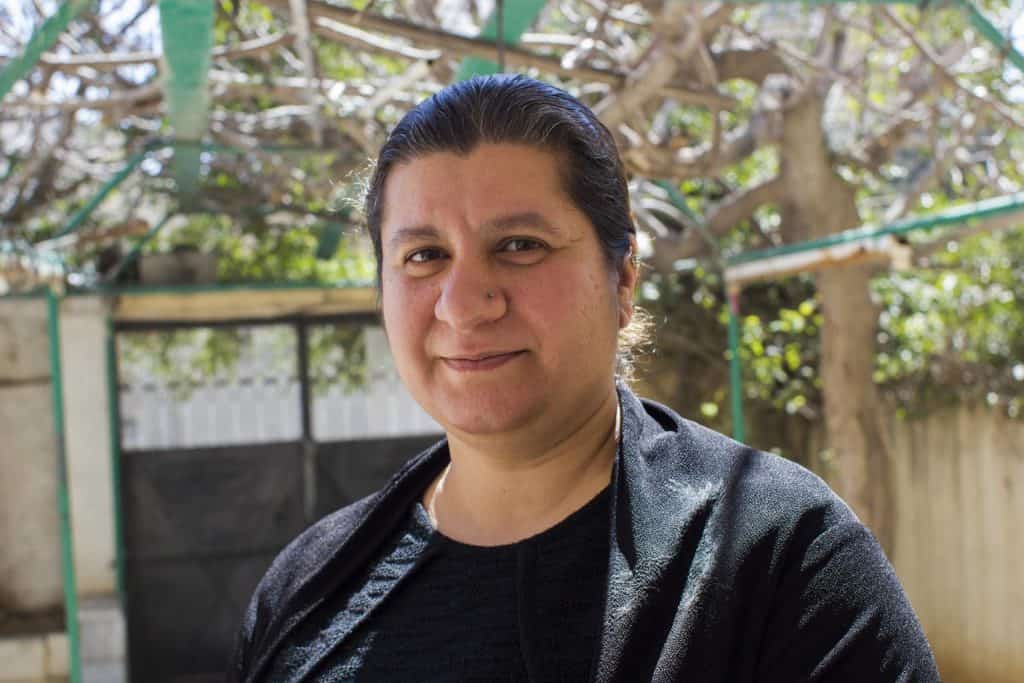 Like so many other refugees, Munah’s decision to come to Jordan was motivated by the basic desire to keep her family safe. She and her family came to Amman from Baghdad in 2014 in order to escape sectarian violence. In Jordan, her family struggled to meet their basic needs, as aid is limited and Iraqi refugees cannot legally work. She also faced a challenge she had not foreseen: culture shock.

“I expected the same society as Iraq,” Munah says, “But no.”

In Baghdad, the threat of violence had limited Munah’s mobility, but in Amman she found herself able to go out with more freedom. The people she met in her new neighborhood told her about CRP, and she decided to try out some of the programming offered. She is now a regular participant in yoga classes, aerobics, English lessons, and the Hope Workshop, CRP’s women’s crafts collective. But the program that became the most meaningful to Munah is CRP’s gender-based violence (GBV) and family violence course.

“In terms of child-rearing and physical discipline, we thought o 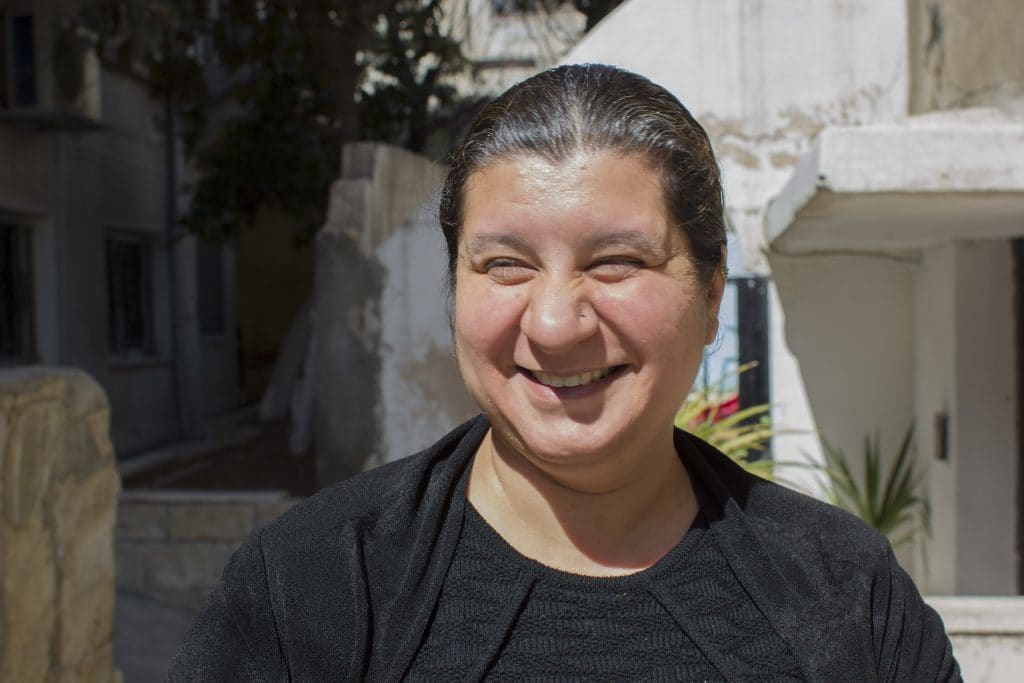 f this as care, but it’s not care; it’s violence,” Munah says. “Through the GBV course, we learned the difference between care and child-rearing and the violence that occurs in our families.”

When the program started, classes were offered separately to men and women, with the belief that this would allow participants more freedom to speak openly. “But this program is for the father and it’s for the mother. It’s necessary for both of them to hear these conversations, and there needs to be an exchange of ideas,” Munah says. After this, the program offered classes to women and to a mixed group of men and women.

Munah believes that she has changed for the better as a result of her participation in the class. “I saw myself changing, in how I interact with you, in how I interact with my children, in my style of speech. My style of interaction has become more fluid, more positive. My ideas aren’t always pessimistic anymore. I don’t want my thoughts to be dark, to think that if my child tries something it will backfire. No, now I feel, let him try and if he succeeds, then he succeeds, and if he doesn’t succeed, I will be there to help him.” After the initial program, Munah studied to be able to lead the course herself and is now one of the GBV trainers.

Munah also attends CRP’s Women’s Empowerment program, which is supported through a grant by Dining for Women. In the first session of the program that she attended, the women put together a list of program rules, such as not talking over the trainer. Munah noticed that one woman, Reem, was regularly speaking to the woman next her. “I asked her if she could read the rules, and she said, ‘No, I can’t read.’” The friend she was speaking to was, in fact, helping Reem write down her thoughts and ideas, as Reem could not do so herself. Munah found herself thinking about the encounter and asked CRP’s staff if there was a space she could use at the center to teach Reem how to read and write. “When I offered to teach her, she was very happy, she said, ‘I wish, I hope,’” Munah says. “I wanted to help her because she dreamed of learning to write and read. She could write her name as though it were a drawing, but she didn’t know the letters that were in it.”

Munah is constantly on the lookout for ways she can give back to the community and the people in it. For refugees, living in contexts where basic needs are hard to meet, the very act of survival is an act of heroism. Your gifts ensure that we are able to continue to provide emergency assistance and community-led programming for the heroes we serve at CRP.