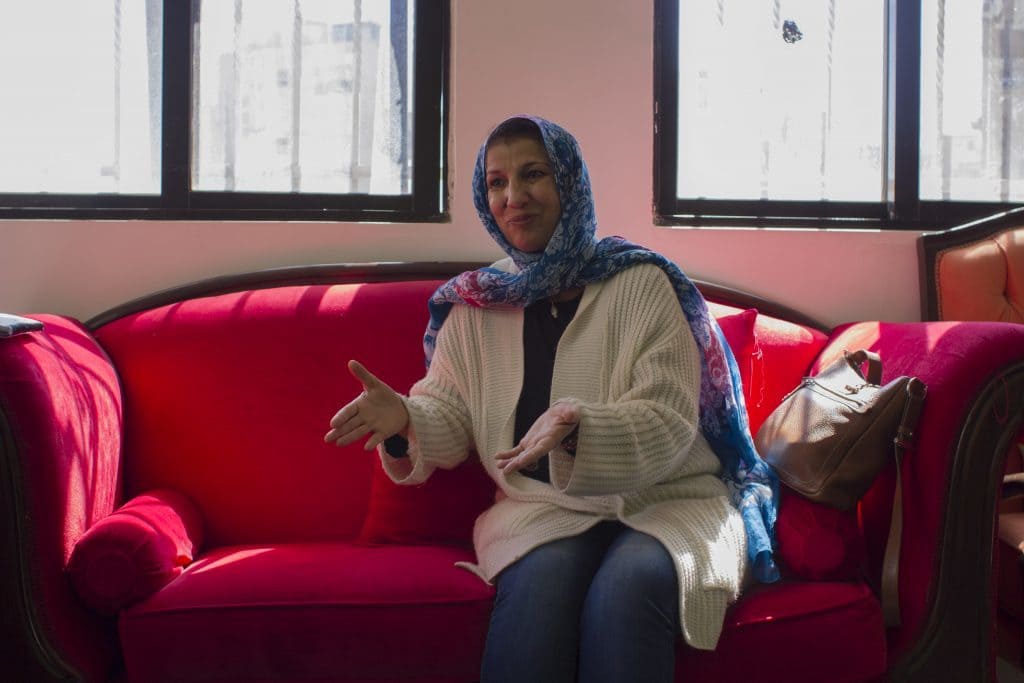 As part of our Be a Hero Campaign, we’re featuring the stories of the everyday heroes in CRP’s community, people who impress us daily with their perseverance, their compassion, and their commitment to their communities. Nadia, a Kurdish refugee from Iraq, is one of the countless heroes in our community.

“One can make others happier not just with large things, but with simple things, maybe a kind word, maybe from a smile.”

“When I decided to come to Jordan, it was a hard decision for me,” Nadia says. Nadia was separated from her husband after 23 years of marriage and had been diagnosed with breast cancer. Her children, facing the social stigma of their mother’s separation, had stopped going to school and had retreated into their home. “My children hated school, they hated people, they were isolated. I had to do something to remove them from this isolation, from this depression,” Nadia says. 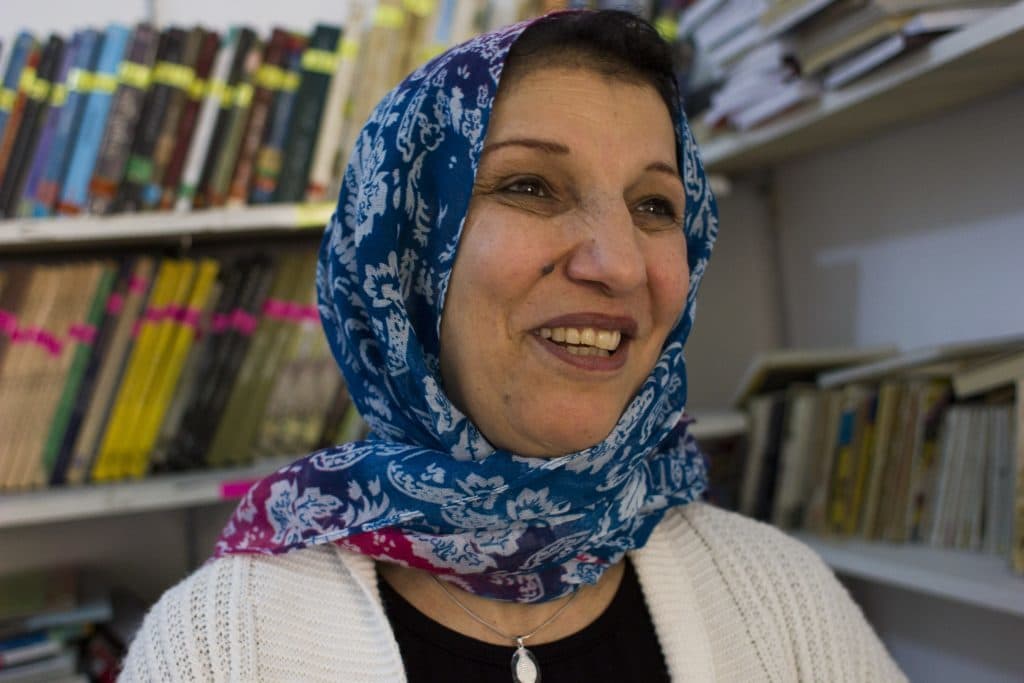 When she came to Jordan, it was the first time Nadia had traveled by herself with her children. “But a person has to learn from trying new experiences, from life, from what she sees,” Nadia says. In Jordan, life remained hard for her family. Her eldest daughter is married and lives in Canada, and Nadia hopes that she and her other two children will be able to join her in the future. But in the meanwhile, Nadia fears that her children’s lives have been stalled. The family speaks Kurdish at home, and the sons are not fluent in Arabic. “They have ideas, but they have no one to support them. As their mother, I want to lift them from this depression.” One of her children hopes to become a novelist; the other dreams of working with animals in Canada. 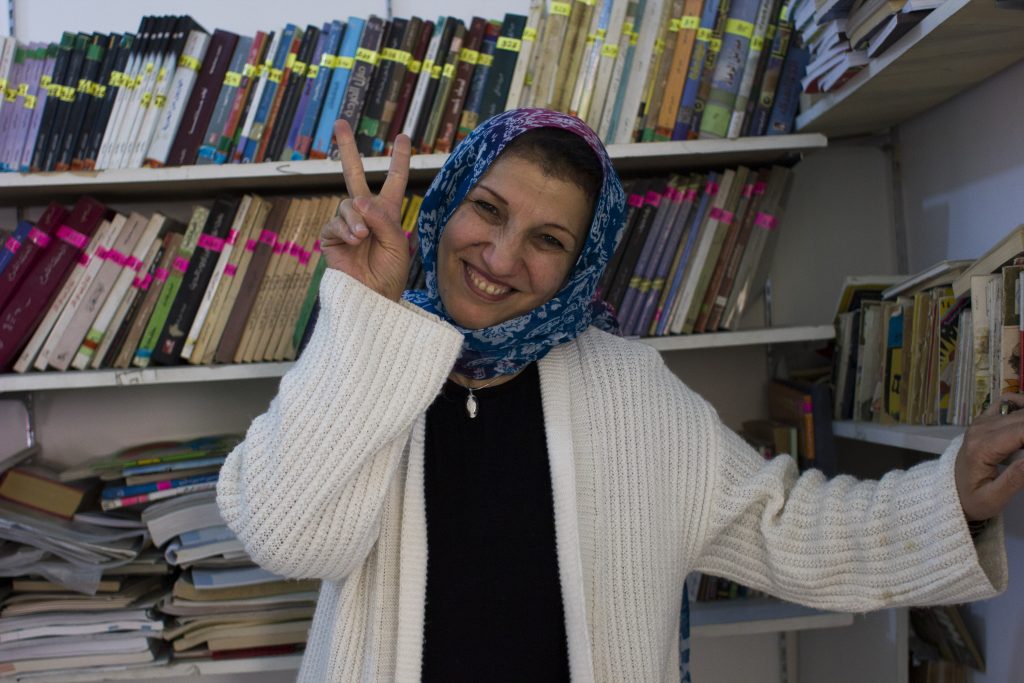 want to see myself as a weak woman, a woman who just has cancer and doesn’t work and can’t mix with people. The most important thing is to have confidence. One has to have a strong determination.”

Nadia began coming to the Hope Workshop, CRP’s women’s craft collective, and plans to take English lessons as well. She hopes to continue to meet new people and learn from them. “This center to me is something beautiful,” she says.

Nadia believes it is important to attempt to improve not only your own life, but also the lives of those around you. This belief comes in part from her experiences in Iraq, where she worked in a school. “Separating from my husband brought me sorrow. I cried. People were not compassionate to me. When I went to work at the school, people asked me, why did I separate from him?”

“I don’t want my life to be all empty spaces. I want to progress so that I don’t think of the past.”

Around this time, Nadia received her breast cancer diagnosis. “It was strange to see my body as a wound when I had previously seen it as a joy,” Nadia says. The treatment process was difficult and physically draining. At the treatment center in Iraq, Nadia remembered the lack of compassion she had received after her separation and realized that many of the other women in the center were also struggling with feelings of shame and fear. “We must free ourselves,” Nadia said, explaining that she believes more people need to talk about the things that are seen as shameful in their lives in order to overcome those stigmas. She tried to be a source of friendship and encouragement for the other women in the center. “I tried to give them the strength of determination,” Nadia says. 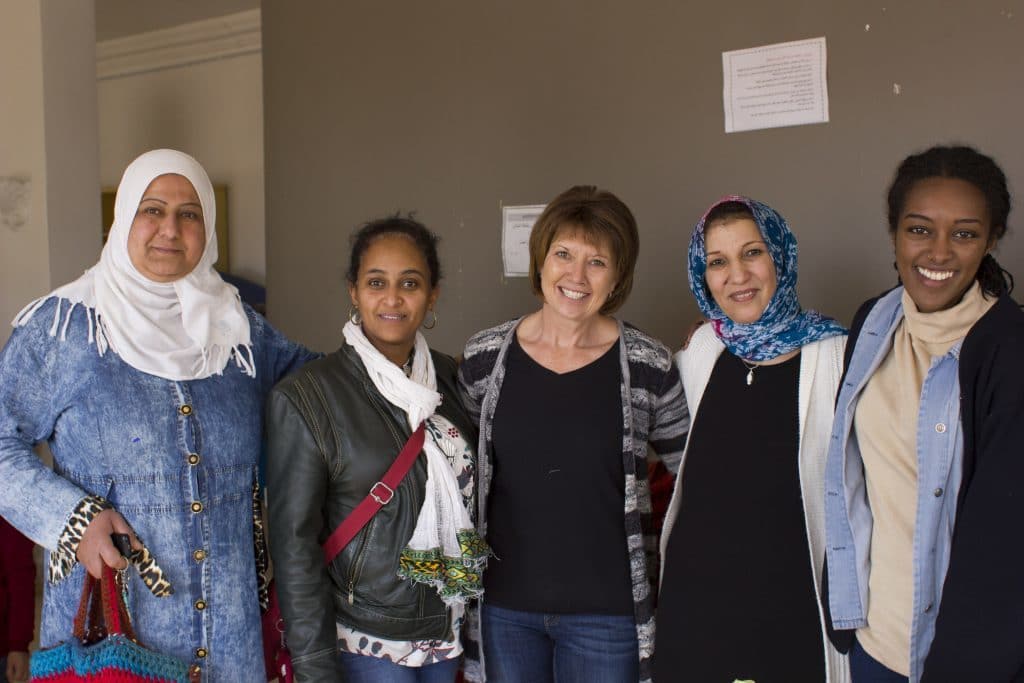 Nadia carries this desire to support others with her in Jordan. “One can make others happier not just with large things, but with simple things, maybe a kind word, maybe from a smile,” she says. Despite the difficulties and uncertainties of her own life, she lives with the hope of bettering herself and supporting others. “Our lives are short, we have to take advantage of the time,” she says.