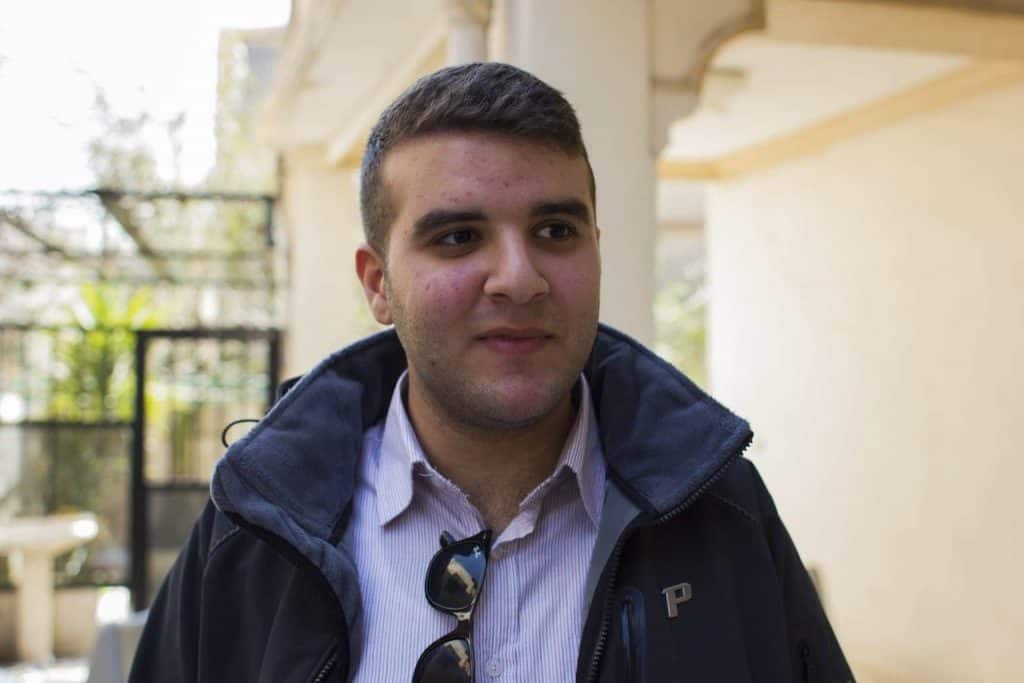 As part of our Be a Hero Campaign, we’re featuring the stories of the everyday heroes in CRP’s community, people who impress us daily with their perseverance, their compassion, and their commitment to their communities. Sami has put his own dreams on hold for his family. He is constantly thinking about how he can be a better version of himself, in order to better support himself, his family, and his home country.

When Sami was a child in Iraq, his father was a mechanic and owned a car repair shop. It was 2006, and sectarian violence and conflict was widespread. “People were getting killed just because of their names, because their names suggested they were from a particular sect,” Sami explains. 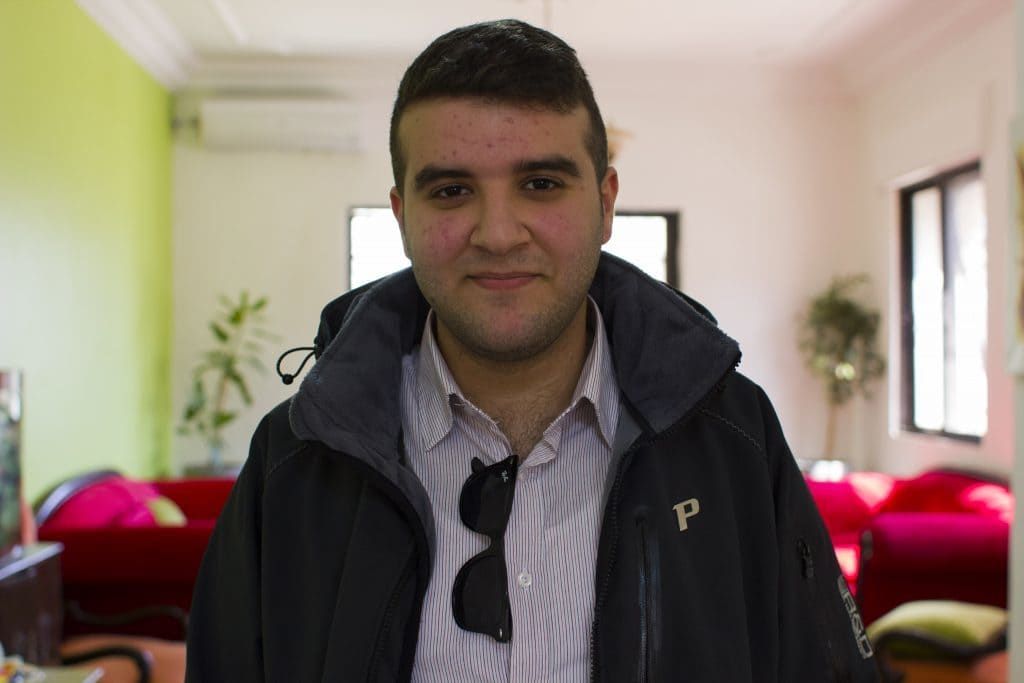 An armed group confiscated Sami’s father’s shop, offering only minimal compensation. And toward the end of the year, Sami’s father was kidnapped. Though the family was able to gather together money to pay the ransom, they had doubts as to whether his captors would actually let him go. After eight days, Sami’s father managed to escape, and two months later the family fled as refugees to Syria.

At first, life in Syria was alright for the family, but in 2011, the situation changed. “My father could recognize war when he sees one, so he said we had better get out of Syria as soon as possible,” Sami says. Because Sami’s grandfather was a Jordanian resident, the family chose to travel to Jordan, refugees a second time over. Sami did not attend school for this first year in Amman; not long after his family had arrived in Jordan, his grandfather suffered a stroke and Sami, who was twelve years old at the time, helped to take care of him. “My sister needed to work, my father couldn’t stay alone, and my brother had school,” Sami says.

A year later, Sami’s parents decided he could not afford to miss any school and enrolled him in seventh grade. “It was interesting to see how things were different in Jordan. The school system was different, the teachers were different,” Sami says. Sami felt as though the teachers were profiling students based on the teachers’ perceptions of their religious and ethnic backgrounds. Corporal punishment was widespread; in his elementary school, Sami had experienced light slaps, but in his new school, the teachers would hit the back of the students’ hands with rigid plastic water tubes. It is against Jordanian law for teachers to hit students; despite this, the practice remains widespread.

Sami finished seventh through ninth grade, but for tenth grade, 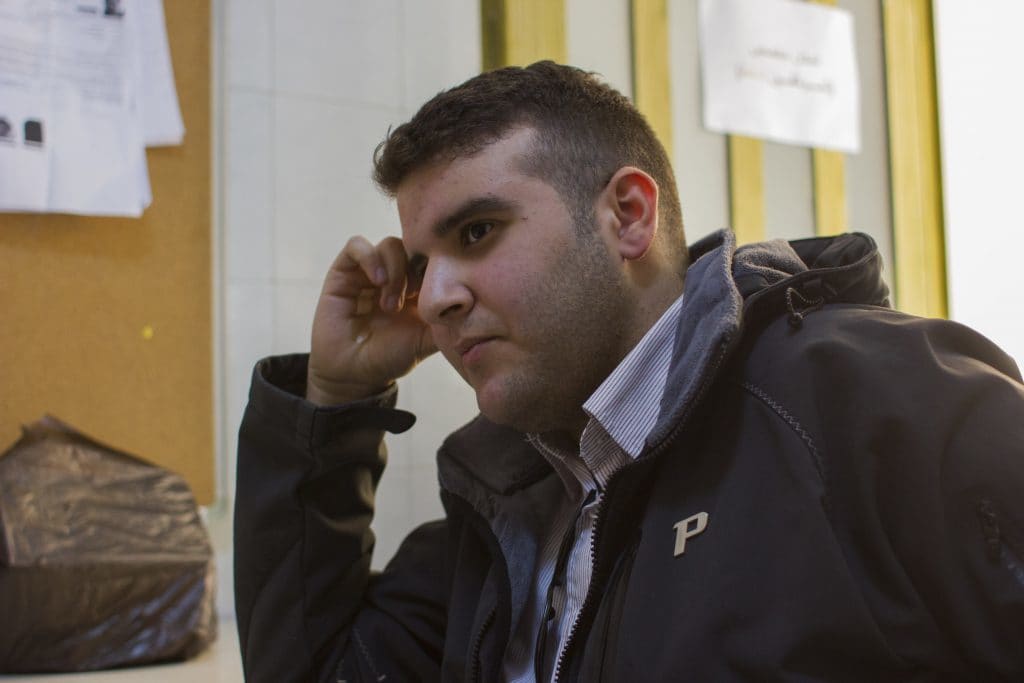 he would be starting high school, and he had already heard horror stories from his older brother about the school. Against his parents’ protests, he decided to drop out of school. “I was thinking that I would leave Jordan and go to the West and maybe resume my education there,” Sami explains.

After leaving school, Sami struggled to find meaningful ways to spend his time. He went out with friends. He practiced the guitar. Finally, he spoke to the programs manager at CRP and asked for something to do. At first, he taught computer lessons and then English classes. He had learned to speak English fluently through watching movies, and had received tutoring in Syria. “I don’t think I’m a great teacher, I’m not a teacher,” he says. “CRP always had me doing something and volunteering was my main occupation.”

Sami became active in the teen group. “When I first came here, I was really nervous because there were girls, and I wasn’t used to that,” he says. “Mingling with other teens from both genders is a different experience because in school it’s mono-gendered.” At first, Sami struggled to find his place in the teen group. When he first started attending, he was very shy and rarely spoke. “Then something happened, and I became more outspoken. I had a lack of self confidence so my defense mechanism was humor, so I used to be the clown of the group,” he says. “They always perceived me as funny even if I said something un-funny. I never liked that because I could never be serious.”

“It’s not like they put you in a place and dictate you. That’s what I like about it. You dictate yourself.”

Sami temporarily left the teen group, but returned a few months later after a period of self reflection. Over time, Sami became the group’s co-leader. He describes the group as a “low-key environment where you can be yourself.” The group members plan activities together, discuss social issues, and play games. “It’s not like they put you in a place and dictate you,” Sami says. “That’s what I like about it. You dictate yourself.”

Sami is now seventeen and plans to return to school. He has applied and been accepted to Jordan’s most prestigious private school. He hopes one day to be able to return to Iraq and use his education to benefit his country.