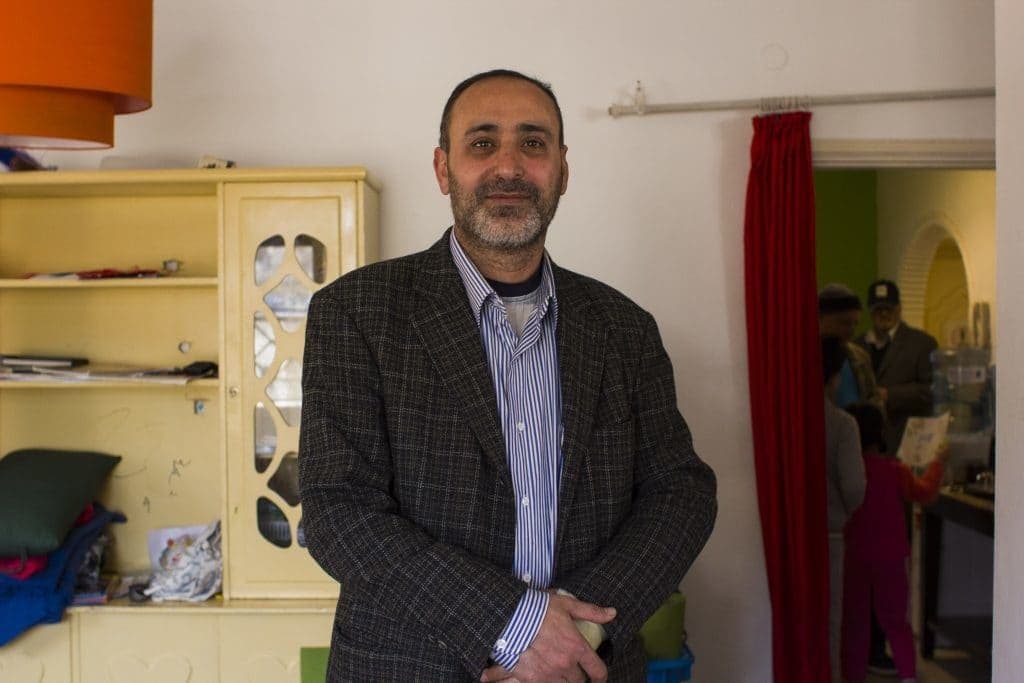 As part of our Be a Hero Campaign, we’re featuring the stories of the everyday heroes in CRP’s community, people who impress us daily with their perseverance, their compassion, and their commitment to their communities. Thamer does not let his own difficult circumstances prevent him from searching for ways to support others.

Thamer came to Jordan from Syria in 2013. His life in Homs seemed to him to be normal and peaceful; he ran a supermarket, spent time with friends and family, and was raising four children. “We did not expect this situation in Syria,” he says. “We didn’t feel our religious or sectarian differences.” Instead, he explains, people identified themselves by their city or their region of the country.

Though Thamer did not want to 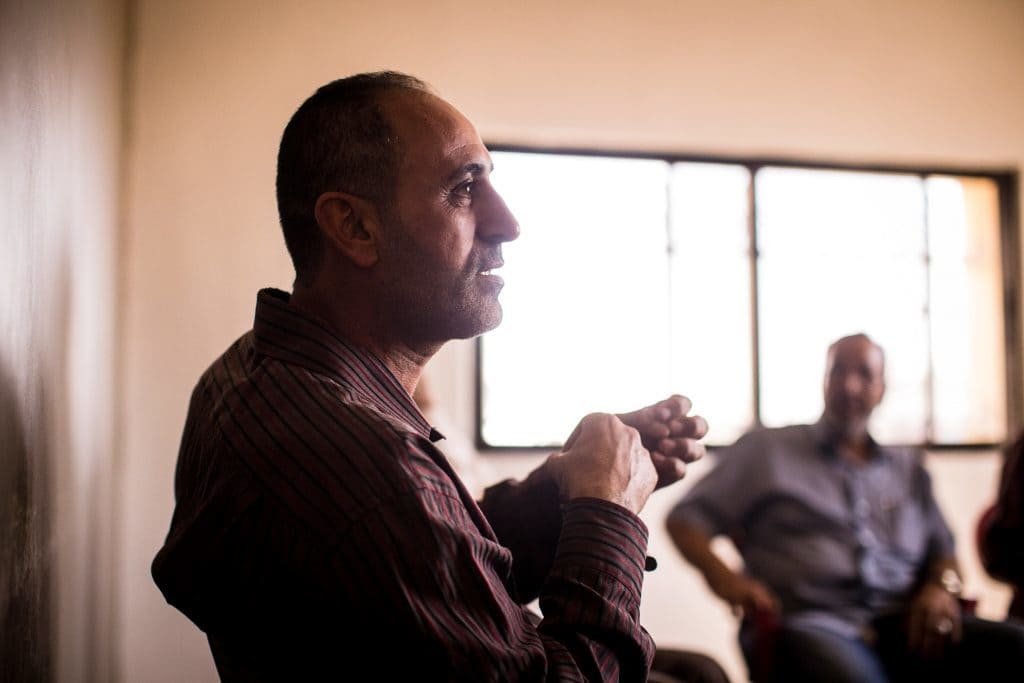 leave his home and community, “Things built up little by little until there was no choice but to leave,” he says. Now, the city he knew is gone and its residents dispersed. “The people are scattered, north and south, to Australia, to America. There is no place for us. The sea is what’s left to us.”

In Amman, Thamer and his family were connected to CRP. Thamer started attending different programming at the Family Resource and Community Center. He has participated in English lessons, the men’s exercise and life skills class Keystone, the gender-based violence training, and the weekly men’s support group, Diwwaniya. Through his participation in CRP’s programming, Thamer has seized opportunities to support and advocate for the refugee community. In 2016, Thamer was interviewed about his experiences as a refugee for an episode of MBC’s program MAGGI Diaries. “If I had just stayed home and not come to CRP, I wouldn’t have had this chance,” Thamer says.

“My orientation is toward my children. Their whole lives have been war and violence.”

Thamer’s main source of motivation is his four children. His first priority upon arrival to Amman was to ensure that his daughter and three sons were all enrolled in school. “My orientation is toward my children,” he says. “Their whole lives have been war and violence.” Thamer’s children struggle with lingering feelings of insecurity and fear.

Thamer is currently unemployed; even though there are some work permits available for Syrian refugees, these are limited and hard to obtain. The need to pay for food and rent is a constant worry. Despite these difficulties in his own life, Thamer advocates for others who may be struggling. The participants in Diwwaniya speak about the issues facing their community and neighbors, not just the issues they themselves face. Through this group, Thamer learned of three women, who had been separated from their husbands when fleeing their home countries. The three women between them had a total of 21 children and were struggling to meet their families’ basic needs. Upon hearing about these women, Thamer hurried to bring them to CRP’s attention, 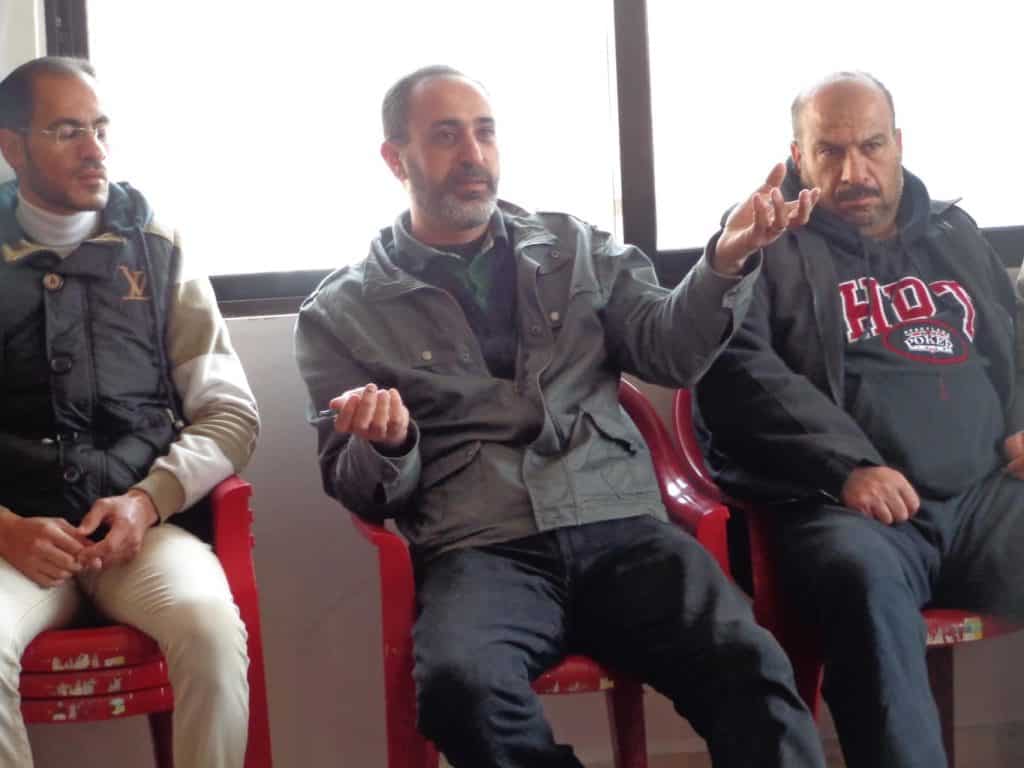 and worked with CRP to help set up furnishings for these women’s apartments and ensure that they were able to feed their children and pay their rent.