This story has an incredible opening line:

Did you know that more people have climbed Mount Everest than rowed across the Atlantic Ocean?

Even more importantly, this story has one incredible man at the center of it: Rob Hamilton.

This December, Rob will embark on his journey to solo row across the Atlantic as part of the Talisker Whisky Atlantic Challenge. Testing his own physical and mental limits, he will be raising funds for two charities, one of which happens to be CRP!

We are proud to say that Rob is one of our lovely family members: he has volunteered with us in the past, and has been our supporter since then. Now, Rob is helping us fundraise by taking on a huge challenge. It turns out, rowing solo and unsupported for 3,000 miles is highly dangerous, for anyone.

What will Rob be facing?

“During the crossing I will have to contend with sleep deprivation, hallucinations, salt sores, dehydration, 30-ft waves, extreme heat, isolation (at some point the person nearest to me will be in space), sea sickness, sharks and encounters with other, much larger, ships as well as possible capsizes,” – says Rob. He will be starting what is called the world’s toughest row in the Canary Islands this December, to arrive in Antigua and Barbuda months later. 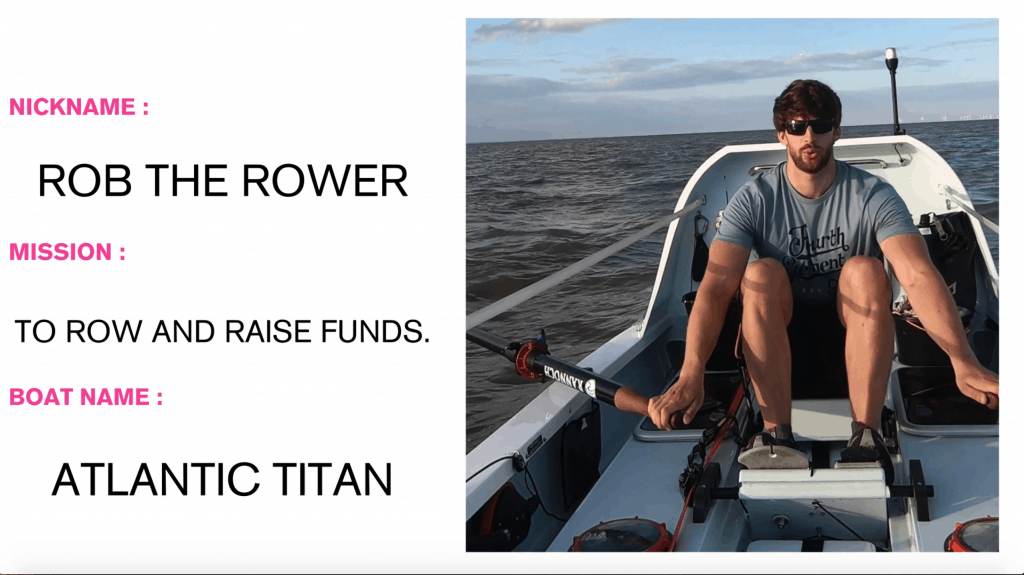 Atlantic Titan: this is the name of Rob’s team that consists of… just Rob himself. After a knee injury that has interrupted Rob’s plans to serve in the British Army, Rob didn’t give up on taking charge of his life. Quite the opposite: he decided to prove to anyone who’s following his story that even when faced with injuries and seemingly insurmountable obstacles, we can still achieve extraordinary things.

Therefore, Rob might be the hero of this story, yet the story itself is so much bigger than this race. It’s a tale about hope, determination, and resilience, which we place at the center of what we do here at CRP. Just as Rob will be crossing the Atlantic, this story crosses archetypal cultural narratives as well as time itself.

We are wishing Rob lots of luck and are eternally grateful for the support he has shown us throughout the years.

You, too, can wish him luck and can read more about Rob’s preparations for the race here.