The first week of any month is one of new opportunities and a chance for a fresh beginning. Sadly, the first week of September was one of new hardships and continuing misery for many Syrian refugees who reside in Jordan. The World Food Program, the food aid branch of the United Nations, sent out via an SMS text a message to 229,000 Syrian refugees that the food aid they had been relying on would be cut entirely. Another 211,000 received a text stating that their food aid was being drastically cut to only fifty cents per day. In total, one-third of all Syrian refugees in the Middle Eastern region have now lost their food aid. 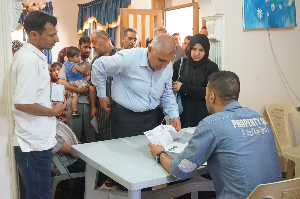 While the news of the refugee crisis in Europe has been spanning a massive response from the international community, many fear that Syria’s neighbors, who have taken in a majority of those fleeing the civil war, will be forgotten about. According to Abeer Etefa, a WFP regional spokeswoman, the agency needs $236 million dollars just to keep the program running until November. Senior figures within the UN itself have stated to The Guardian that their humanitarian agencies cannot cope with the scale of the refugee crisis in The Middle East and may soon be on the verge of bankruptcy. Even with big donors like the Canadian and American governments, the WFP is unsure how it is going to maintain its same level of assistance as the Syrian crisis shows no means of abating anytime in the near future. This issue is not only dangerous, it is deadly.

At Collateral Repair Project we are aware of the potential dangerous effects these food cuts have on the community we serve. All refugees in Jordan are forbidden by law to work, meaning there is no source of income coming in to our beneficiaries in order to buy their own food products for themselves or their families. Without money and without the food vouchers distributed at our center, most refugeeswould either have to beg on the streets or go hungry. With the increasing number of new refugees who now have to go without assistance, along with the people we have already been serving, CRP is stepping up our food voucher program to try and handle the influx of those in need. In August alone, we gave monthly food vouchers to 135 families and we are trying as hard as we can to increase this number. No one trying to keep themselves and the ones they love safe by fleeing war should have to worry how they are going to get food on the table every day.