Jordan has long served as a point of first arrival for refugees coming from neighboring countries, and in recent years has absorbed several waves of Iraqi refugees. A majority of Iraqis currently living in Jordan entered following the US-led invasion of Iraq in 2003. Additionally, the most recent surge of Iraqi refugees entered Jordan in 2014. Prompted by attacks from the Islamic State (ISIS) in and around Northern Iraq, millions of families felt they had no choice but to flee their home country.

Recently, we sat down with Ibrahim, originally from Iraq, who came into Jordan during the Iraq war. When Ibrahim first came into contact with CRP, he had dropped out of school and was struggling to see a way forward. However, he tells us that getting involved with CRP changed the trajectory of his life. With the help and encouragement of Amanda Lane, executive director at CRP, Ibrahim applied to the King’s Academy in Jordan and received a full scholarship. His time at King’s prepared him to continue his education in the US at Centre College, where he studies on yet another full scholarship.

“As refugees we’re looking on to the future in hopes of resettlement, and that was really the only anchor that we held onto…”

At CRP, one of the biggest psychological challenges we see Iraqi refugees face is uncertainty about the future. In line with Jordanian law, Iraqi refugees are generally considered as ‘foreign guests’ and so are not afforded full residency rights. Although Iraqis in Jordan are able to apply for refugee status via the UNHCR, the reality is that most do not apply. Many fear being deported back to Iraq, especially since it is common for Iraqi refugees living in Jordan to enter on temporary residence permits which they may later illegally overstay.

For Ibrahim, this uncertainty shaped his decision to drop out of school. He tells us he believed the move would only be temporary, until he could be resettled in a third country. Instead, he ended up outside of formal education for a total of three years.

“It was an empty, void, vacant life, which was also filled with a lot of uncertainty about the future…”

Iraqi refugees also face a plethora of practical and financial challenges in Jordan. Although Ibrahim was eventually able to re-enter formal education, many Iraqi children are not so lucky.

Even though Iraqi children are afforded the legal right to attend both public and private schools in Jordan, many do not register. Some families tell us they are scared their children will face discrimination and bullying at school. Others, aware that they are residing in Jordan illegally, shy away from putting their kids into school due to a fear of being ‘discovered by the system’.

Financial struggles also play a part in families’ decisions not to send their children to school. Many Iraqi children work in Jordan, and their family may rely on this income to pay for rent, bills and basic necessities. Other families also find themselves unable to pay for school supplies or transportation. 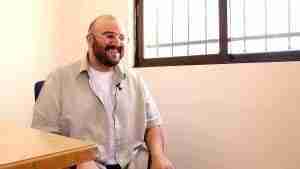 “CRP provided me with basic well-being and dignity”

Many refugees often feel a sense of helplessness while trying to adjust into a new country. Oftentimes this is due to the challenges they face as refugees. Although unregistered Iraqis are allowed to work in a limited number of sectors, the jobs open to them rarely match their university qualifications or skill sets and many face exploitation and abuse due to their uncertain legal status.

Accessing healthcare is an additional challenge for many Iraqi families that come to CRP. Although Jordan does have public hospitals which are open to all for emergency treatment, for continued treatment Iraqis are obliged to pay hefty fees in private hospitals. This particularly affects members of our community who struggle with persistent health issues, such as chronic diseases and cancer.

CRP was the place where Ibrahim not only found mentorship and support but also what many refugees lack, which is community. For Ibrahim, CRP represented an avenue by which he could make friends, many of whom he stays in touch with until this day, and gain a community. CRP was a place that Ibrahim felt like he belonged and was a space where he could go from a program participant to a volunteer, and give back to the community that once helped him.

This is the type of lasting impact that CRP strives to achieve. We want every person who walks through our doors to know they are welcome and accepted. We strive to be a place of stability and hope for community members, who are dealing not only with past trauma but also the anxiety that comes from the uncertainty of their future.

If you want to know more about Ibrahim’s story, check out our video interview with him >> https://www.youtube.com/watch?v=EWInJJ-4l9w