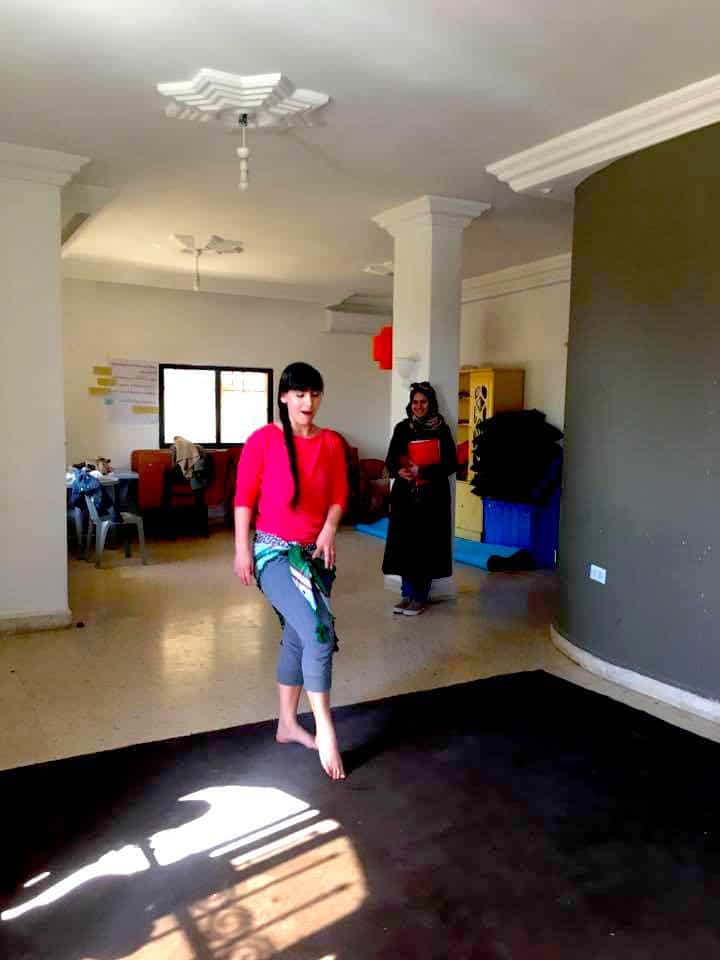 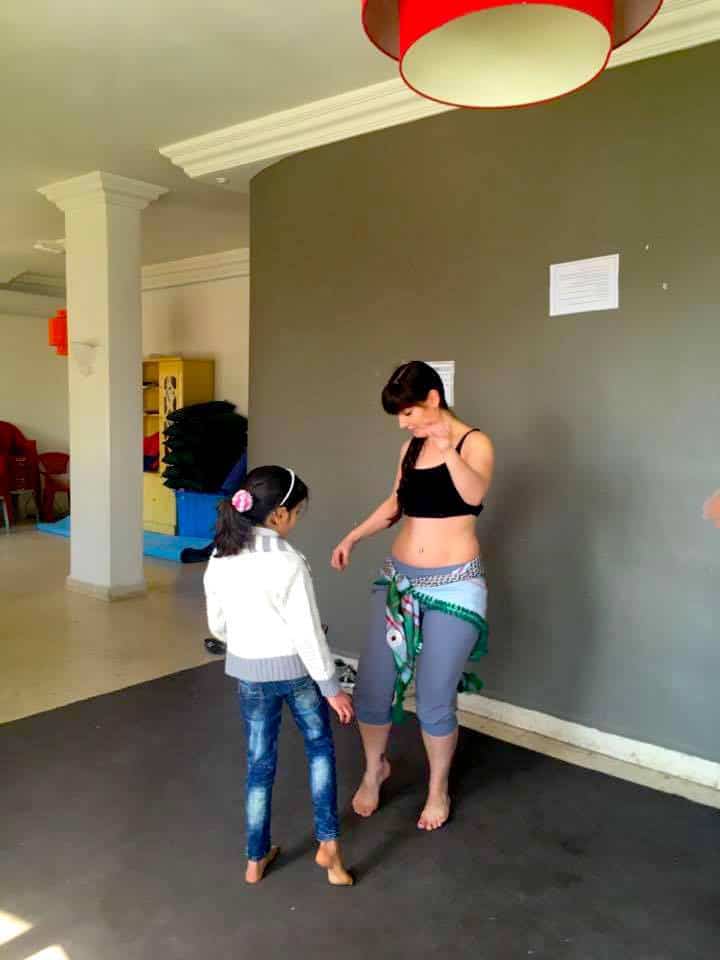 Cynthia Van Kleeck is only in Jordan briefly, but the New York-based dancer and social worker decided to make the most of her time in Amman by offering a dance workshop at CRP. The class was initially delayed because of bad weather, but this week, members of CRP’s Girl Scouts Troop cam e together with women from the community to learn and practice basic belly dance techniques. 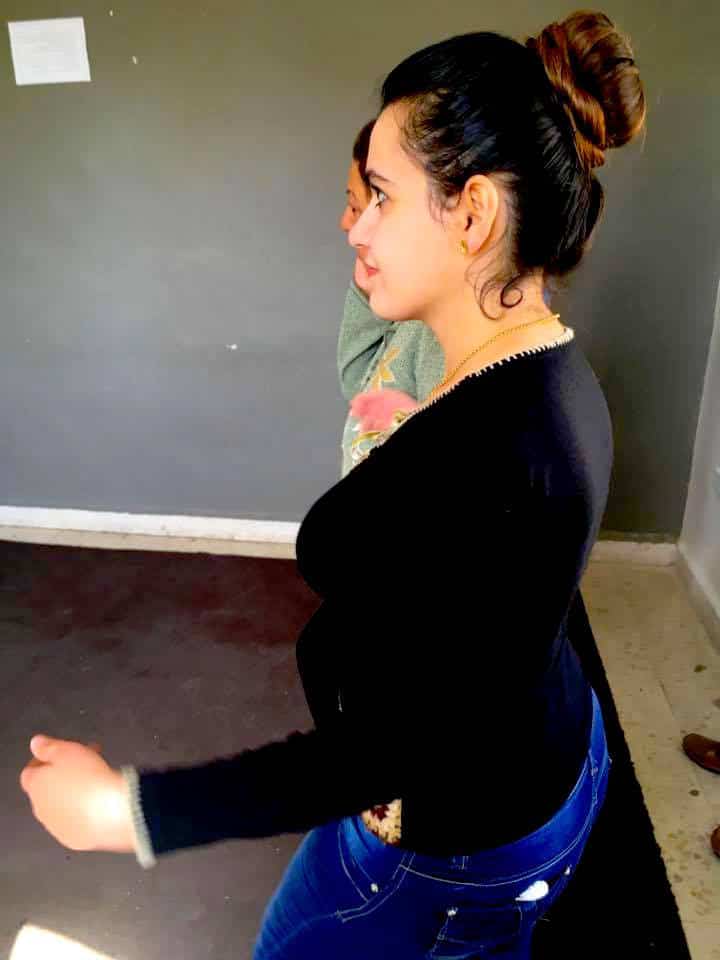 Cynthia, who dances under the name Amaria as a member of the dance troupe BellyTrance, took her first dance class when she was 21 before becoming serious about her training almost five years ago. She has been performing on a professional level for over three years and sees her dancing as being an appropriate complement for her career as a social worker. “I find dance very empowering. It’s definitely a source of freedom for myself,” Cynthia said. “Dance has impacted myself personally, and I’m excited to share that with people here.”

Over the course of the hour-long session, Cynthia introduced 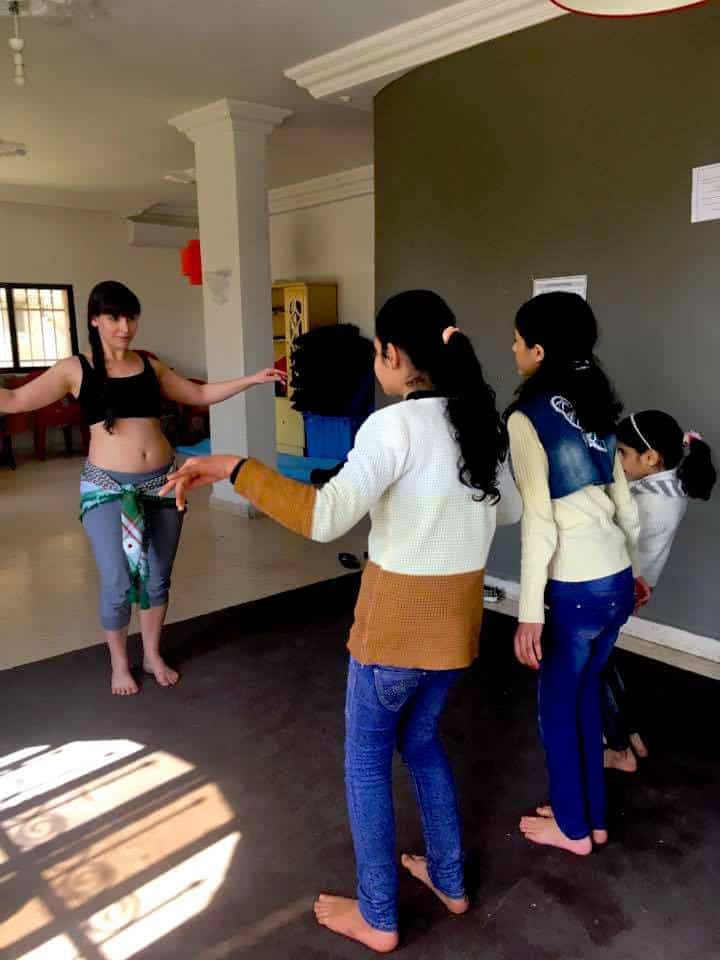 participants to basic belly dance techniques and showed them how to combine the moves. The women participated enthusiastically, adding their own improvisations to the dance steps Cynthia taught them.

“It’s good exercise!” one participant, Ebtisam, said, later adding: “I want to do this everyday!”

Despite the women’s enthusiasm, the Girl Scouts were initially too shy to participate. Instead, they watched from the walls and shook their heads with embarrassment when asked if they wanted to try any of the moves. Midway through the class, with Cynthia’s encouragement, the girls tentatively joined the group. When the girls tried out a new move, Cynthia exclaimed, “You already know this!” 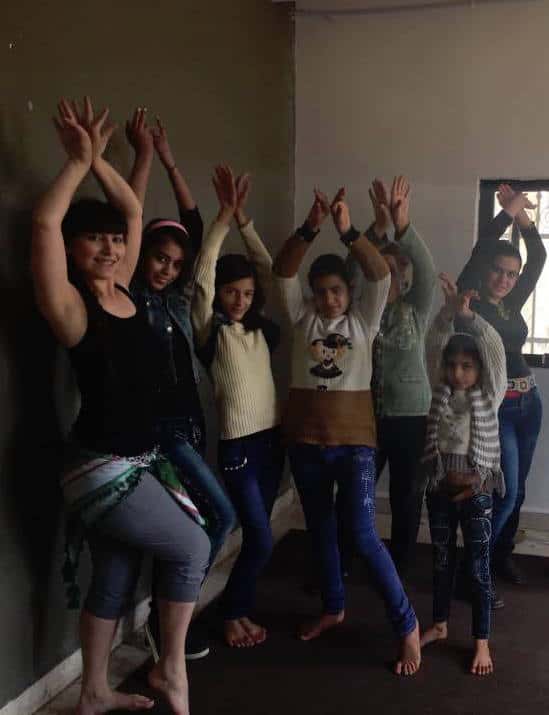 At the end of the hour, the participants, adults and children alike, were improvising their own dance routines. They shared reluctant goodbyes with Cynthia and urged her to come back to Amman in the future to teach additional sessions.

“All of it was beautiful, and we learned to exercise,” Ebtisam said.

Dance can be a powerful tool of self-expression, and we hope that today’s dance workshop won’t be the last.