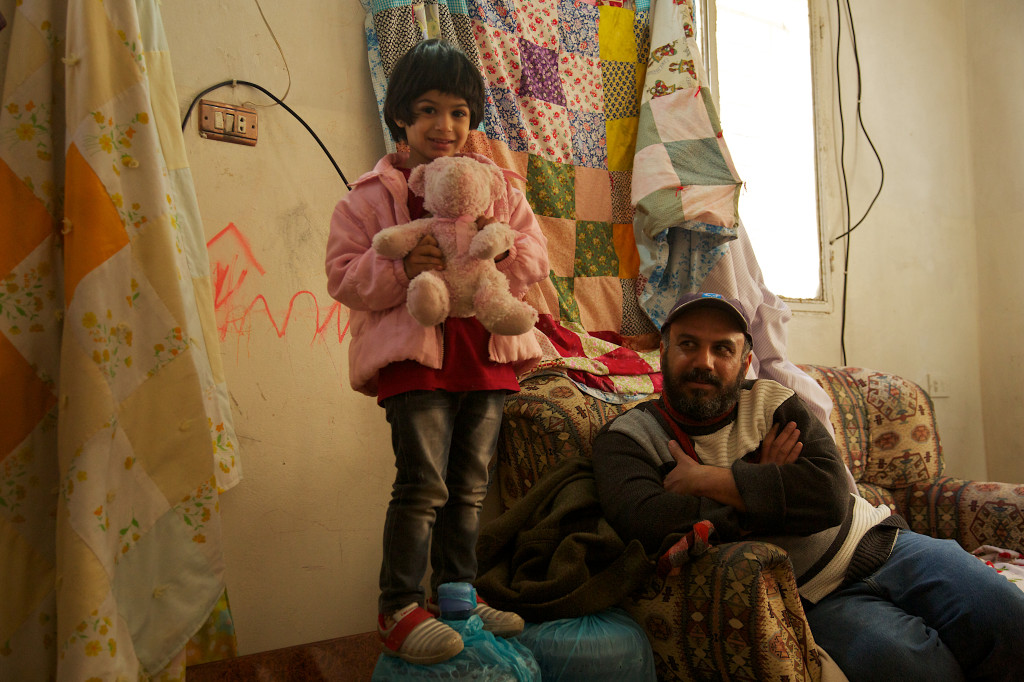 Um and Abu Bassem have five children. In Iraq, Um Bassem was studying to become a dentist and Abu Bassem was a computer repairman.  Their life changed drastically in 2011 after their, 11 year-old son, Bassem, was stabbed by a member of the local militia.  Soon afterwards, Abu Ali also began receiving death threats.  They quickly fled Baghdad and moved to Amman.

The family of seven now lives in a one-bedroom apartment furnished by donations from other Iraqi families who have been resettled in other countries. They receive monthly food vouchers from CRP to purchase groceries and fresh fruit and vegetables from a local market. Only one of their five children goes to school because the family cannot afford to pay for uniforms, supplies and other fees. Their life in Amman is much like other refugee families trying to make ends meet. 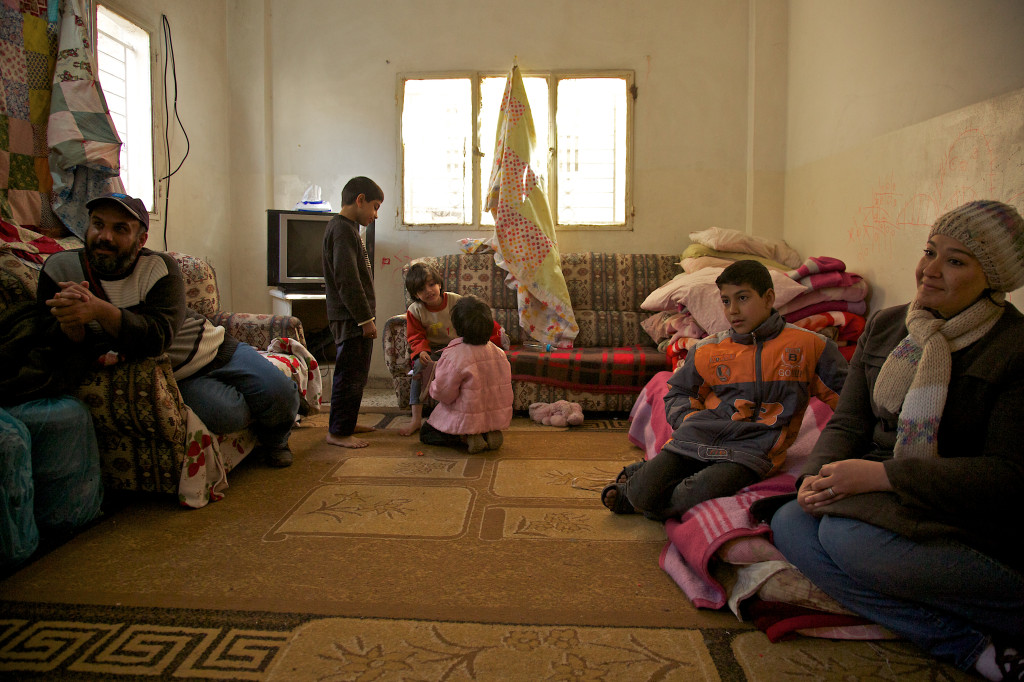