Raa’d is an English teacher at CRP. He originally started as a student in the English program’s advanced level. His English improved to the point of being able to teach the beginner level.

Raa’d fled from Iraq because of the extreme discrimination he and his family went through. Under ISIS, they were bullied, treated as outcasts and violently targeted. Living in Iraq was no longer an option for Raa’d and his family. 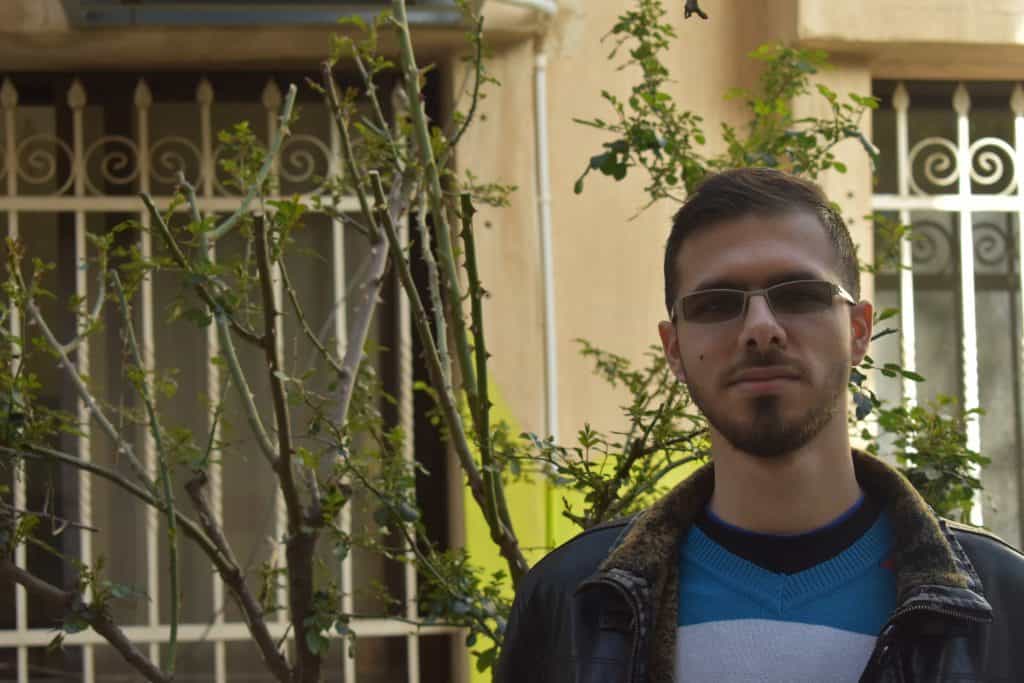 Together, they took refuge in Jordan, “being an Arab country neighboring Iraq and very safe, we decided to move to Jordan. But it wasn’t easy acclimating here. The dialect is different and we don’t know anything about this place.” says Ra’ad.

Not being able to work or continue his education, his day to day life became a monotonous routine. “I enjoy playing video games, watching anime, but days started becoming redundant and my body hurt because of how long I would sit without moving. It felt refreshing having something to commit to, an appointment to get to.” he says.

Like most refugees, Raa’d hopes to eventually be resettled to another country where he can build his life anew, without the fear of being discriminated against. Most importantly, like every person, Raa’d has a dream: “I want to successfully make a video game, I want to be able to program it and be a part of a team. And I’d like to see my name rolling in the end credits”.

While Raa’d never had a formal education in English, he developed his language skills through gaming. “The first words I learned in English were ‘press start to play the game’ and from there I began to pick up the language. Eventually, I met a lot of different people online, which helped me learn a lot about different cultures and perspectives,” says Raa’d.

When asked “why did you have the passion to learn English?”, Raa’d said: “My family and I were going through an American checkpoint in Iraq, where the soldiers were trying to tell us that we were not allowed to go through and had to turn back. Not being able to understand what they were saying left an impact on me. It made me think that I need to learn English. While Arabic is spoken by a lot of people, English is a somewhat universal language that I needed to learn”.