If you have followed our social media platforms in the past months, you can’t have missed updates about the #enhancingselfreliance project funded by the Italian Agency for Development Cooperation in Jordan (AICS AMMAN) and implemented by UNDP and CRP.

The project, called ​​Enhancing Self-Reliance and Inclusion Prospects for Displaced-Affected Communities (Vulnerable Iraqi and Host Communities), has multiple focuses, which all revolve around creating a positive  relationship between refugee and host communities in urban Amman in order to strengthen social inclusion and cohesion. The aim of the project is to build resilience of vulnerable Iraqi and host communities through a holistic methodology that combines community-building, advocacy, and empowerment.

Our participants just wrapped up the urban revitalization part of the project. This initiative transformed neglected urban spaces into safe and welcoming areas while creating a gateway to the sustainable empowerment of vulnerable individuals. 220 Jordanian and Iraqi volunteers have been active in this stage, in addition to 30 community committee members who played a vital role in the implementation of the urban revitalization initiatives. These 30 people have worked closely with the volunteers and have also taken part in other educational activities alongside their supervising role on the different sites.

CRP, as part of the project, has contributed in multiple ways. CRP has 15 years experience of working deeply in the refugee community and in building social cohesion between refugee and host community, which we wanted to further develop in this project. At the same time, we wanted to use our grassroot work to secure a more long-term sustainability of the project, for instance offering education and work for the 30 CC members. This project has built-in sustainability in that it is closely aligned with and expands on work CRP has been doing for many years, namely, empowering community leaders and advocates. Our commitment to community empowerment is evident in the active involvement of community members as staff, volunteers, and trainers.

As mentioned, one part of the project has been the revitalization of urban spaces around Amman. In different locations across the city, volunteers have done an amazing job renovating and improving the areas. Take a look! 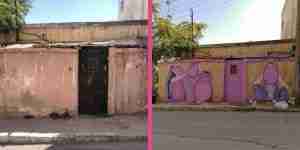 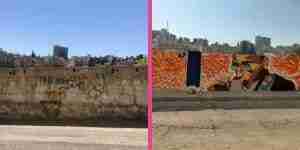 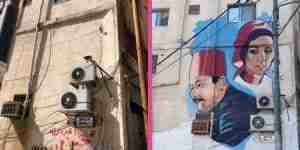 In Khayam Street in Jabal al-Weibdeh volunteers have worked on three murals along the road. At first, the walls needed to be cleaned and holes filled. Afterwards, together with local artists, they have created three amazing murals that create a much more vibrant and welcoming atmosphere in the street. 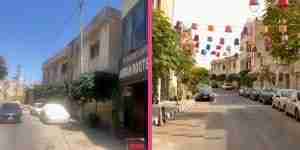 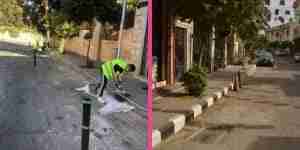 In Jabal Amman, Omar bin Khattab Street has witnessed an impressive makeover that has made the street much more welcoming, especially at night when the new multicolored lanterns light up the street. In addition, the sidewalk of the street has been fixed and painted. With the street being packed with local cafées the new atmosphere of the street makes a huge difference and the cooperation with the shops during the revitalization has been amazing. 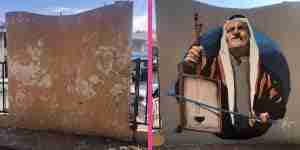 In another location in Jabal Amman, the public Hawouz Park has got a new mural, showing a man playing the rebab, a traditional Arabic musical instrument. The park benches also got pergolas to create shadowing spots.

In the Madina district in East Amman, the big Peace Corridor bridge that many people use everyday to cross the main road to and from the local bus station, has been upgraded and painted in wonderful green and orange colors making the corridor much more colorful and well preserved. 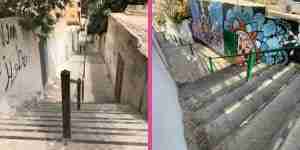 Also in the Medina district, the Barayseh staircases have experienced an immense transformation. With local artists doing the wall painting and our volunteers helping out and painting the middle section, cleaning the stairs, filling the holes and preparing the wall for painting, this staircase is now a colorful and welcoming gateway in the city. 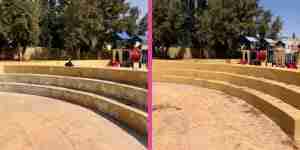 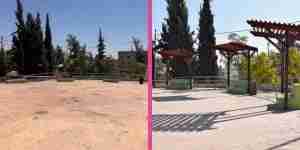 A third location in the Medina district where volunteers have put in a lot of work is the large Prince Hashem Park. The small amphitheater in the park has been cleaned, repaired and painted where necessary. The park itself has been cleaned, staircases have been painted and the benches now have a shadowing roof for the hot Amman summer days.  With the park being a very popular public gathering spot in East Amman, we’re so proud to have improved the atmosphere of the park for families to enjoy it even more. 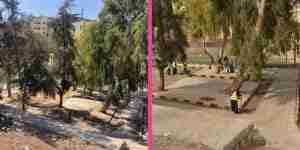 In Yarmouk, another public park has been cleaned and renovated. Awda Park used to be avoided by area residents because of its condition. Volunteers have now cleaned everything and painted the curbs around the park. Volunteers also added a floor mural with a jumping play to attract children and their families to visit the park. The difference is amazing! 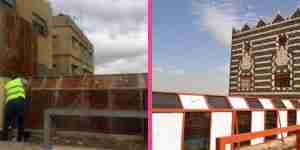 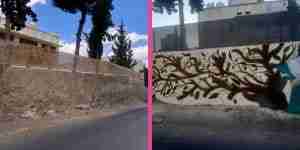 The last initiative has taken place in Waraqa Bin Nofal St., also in Yamouk. Here the fence outside the beautiful Abu Darwish mosque has been cleaned and painted. Close by, a new mural has been painted outside the St. Sahag and Mesrob Armenian Cathalolic church, displaying the levantine tradition of olive picking.

CRP could not be more proud to be a partner of this project. We would like to thank all the local shop owners and neighbors for their corporation and for receiving the initiatives so welcoming and happily! Also a big thanks to all our cooperating partners in this project. And most of all, thank you to all the volunteers that made this project happen!