Skateboarding may not be the first thing that comes to mind when you think of Jordan, but it certainly is one of the activities that has proved most popular among CRP’s teen group. Every week, CRP volunteer and skateboard aficionado Matt Liston takes a group of teens, ranging in age from 12 to 18, to 7Hills Skatepark in downtown Amman. Liston made a short movie, featured above, about CRP’s skate programs and its partnership with 7Hills, and shared with CRP some of his motivation for introducing refugee teens to skateboarding.

“Skateboarding is great because it helps 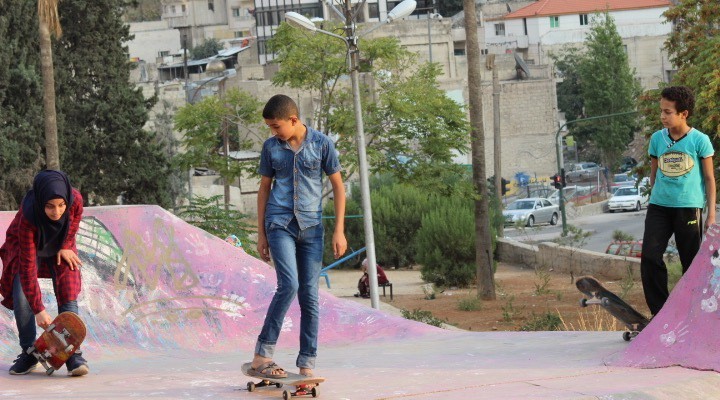 our kids become more resilient,” Matt says. “They learn that persistence pays off because they repeatedly fail as they are trying to learn how to skate. However, at each step along the way they experience the satisfaction of success wh en they learn a new trick. This teaches them that they shouldn’t give up when they encounter a setback or an obstacle. Ultimately, my goal is for them to be able to apply these same lessons to other parts of their life as well.”

“The hardest part is when I get scared, and I fall or fail,” Ali, one of the participants says. He adds: “With practice, I learned to skate, and I mastered it.”

Skateboarding provides an opportunity to the teens to learn with each other, to fall and get up with each other, and to develop friendships that go beyond the park. “The time at the skatepark is definitely an outlet,” Matt notes. It provides an opportunity for the teens to release stress in a productive way and to gain the pride that comes with learning a new skill. The program also 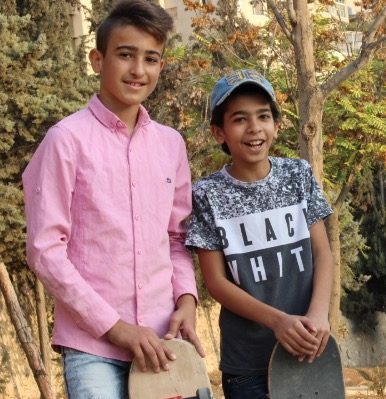 offers the teens leadership opportunities, as the teens who have been coming to the park longer help new students learn to skate.

“They laugh, joke with each other, and give new students pointers based on their experience. At the end of each day they are excited to tell me and show me the new tricks they learned during their time at the park,” Matt says.

Matt has already noticed changes in the teens since this session of skateboarding started in the fall. “I’ve seen a lot more smiles. In the first few weeks the kids weren’t entirely comfortable at the park. They were a bit apprehensive about trying to skateboard, and there were a lot of falls. However, in recent weeks the kids run up to the park and immediately jump on the boards.”