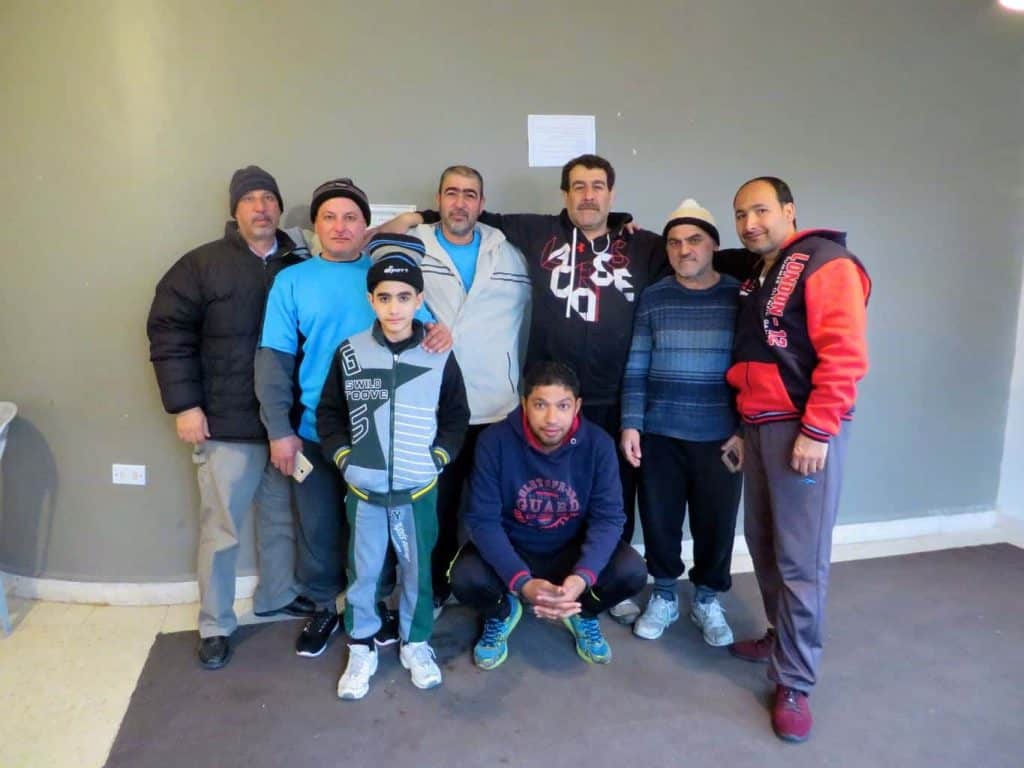 For the past week, Amman has been preparing for Valentine’s Day. Turn any corner and you will find someone selling giant, bright red teddy bears and boxes of sweets. Restaurants have been advertising special multi-course meals, and florists have been preparing bouquets of red, pink, and white flowers.

Today, the men attending our weekly men’s yoga class talked about what Valentine’s Day, the holiday of love and romance, means to them.

“What is Valentine’s Day to a refugee?” Abu Qais says. “If you love your wife, send her a bottle of fuel for the heater.”

The men remembered Valentine’s Days celebrated with their wives, their friends, and their families in their home country. “The last time we celebrated was five years ago,” Sami says. “But all my friends and family members are now separated, sick, or injured.”

Ghaith, a refugee from Homs in Syria, agreed. “Before, we would get cake, flowers, and decorations. But then the war happened.” Ghaith’s sister was resettled to England, and it has now been four years since he last saw her. His hope is to eventually be reunited with her in England.

Maher’s wife was killed in an explosion in Syria. He is in Jordan raising his five daughters and two sons without their mother. “There are no smiles now,” Maher says.

Another man, Hussam, says, “The last Valentine’s Day I celebrated was in Iraq. We forget what it is like to really live. Maybe in the future we’ll be able to think about love again, but now it’s gone.”

“Now we think about bread, rice, fuel costs, paying the rent. What is a holiday of love to us?” Sami asks. Sami is from Daraa in Syria, and fled to Jordan four years ago with his wife and three young children. Before Trump’s executive order on immigration, the family had their final interview before resettlement scheduled, and he and his wife were excited to join friends in Michigan. Though recent court decisions have put Trump’s order on hold, resettlement interviews in Jordan are still suspended.

Though it can be hard to find hope after trauma and loss, the men continue to search for community, to care for their children, and dream about a day when they will be reunited with their scattered family members.